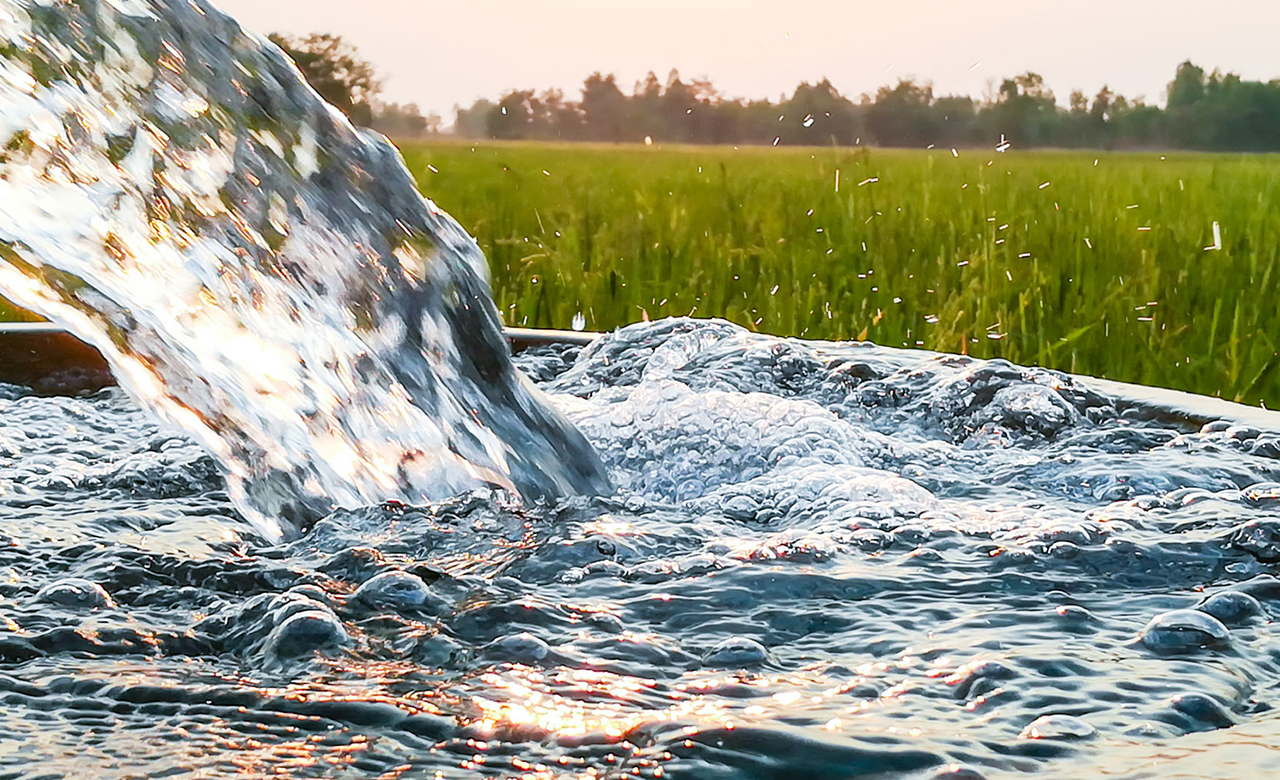 Around 80 percent of the Indian population is dependent on groundwater for irrigation and consumption. The drying wells and depleting groundwater levels in several regions have elevated severe concerns over this natural resource. So, what do the farmers do when their wells dry up? How do urban cities cope with the increasing groundwater scarcity due to the growing population?

Well, this is a widespread concern in India. As a step towards groundwater conservation, hefty compensation has been announced for illegal extraction of groundwater in Delhi and the National Capital Region (NCR). Besides, various state governments have also underlined the necessity for regulating rainwater conservation and has been initiating measures to prevent excessive use of groundwater.

Since groundwater is a common resource, its overuse enforces costs and negative impacts on others. In this blog, we shall be discussing two Indian cities’ example to highlight the social and economic damage due to groundwater depletion and mismanagement.

Condition beneath the surface

Over the past 50 years, groundwater use in India has increased tremendously by nearly 500 percent, thus leading to higher and consistent crop yields. However, this overuse has led to depleting groundwater levels. 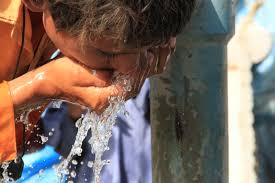 Major metropolitan cities in India, such as Delhi, Chennai, and Bengaluru, are a few examples of the worst-affected cities due to the high population levels and mismanaged water use. The Central Groundwater Board of India estimates that 15 percent of India’s administrative blocks extract more water than is replenished, and there is a significant concern for this rapid depletion. These dropping levels of groundwater have increased poverty and conflict in urban cities and decreased agricultural profits. 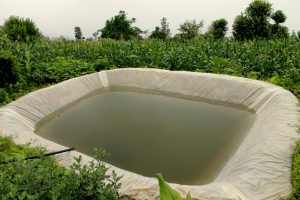 Groundwater crisis, a reality in metros

Chennai, home to over 8 million people, is a vital automobile and IT corridor hosting numerous industries in agriculture, goods, and services. Its water resources are dependent on rain with an annual average rainfall of around 1,400 mm. However, due to the increased demand for water and failing monsoon cycles in and around the city, groundwater reserves’ pressure has intensified.

During late 2019, Chennai city experienced the most severe drought situation criticized by experts as a human-made disaster due to overuse and mismanagement of water reservoirs. The city was officially declared ‘Day Zero’ on June 19, 2019, which indicates that all the four reservoirs which supplied water to the city had dried out.

This disaster’s primary reason was the failure of monsoon season for two consecutive years and improper management of surface and groundwater resources.

The Rainwater Harvesting Scheme (RWH) introduced in the early 2000s proved useful during the previous droughts creating a groundwater buffer when the surface water reserves failed.  However, this system did not aid during the 2019 drought as the rainwater harvesting systems were either clogged due to negligence or absent in newly constructed buildings. In addition, privatized groundwater pumping during the peak drought period further worsened the situation. 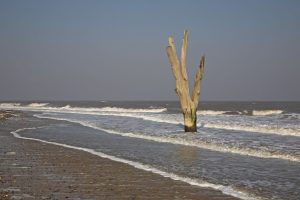 The unavailability of water led to numerous businesses’ temporary shutdown and resulted in regular conflicts amongst parched civilians. The drought also created a significant setback in the city’s economic development, with investors moving to other cities.

The depletion of groundwater in coastal cities accelerated another irreversible damage called Seawater Intrusion, the movement of seawater into the freshwater aquifer, increasing the salinity of the groundwater. The lowering of groundwater table and rising sea levels has already paved the way for seawater intrusion along Tamil Nadu and Gujarat’s coast. Once contaminated, it is incredibly daunting to purify the freshwater aquifers.

Depleting at a faster pace than imagined

Apart from major cities, even cities and towns located on delicate ecosystems are encountering groundwater depletion. Leh, Shimla, and Kodaikanal are a few examples.

Also known as ‘Heaven on Earth’ or ‘Little Tibet’, Leh is a popular tourist destination for its mystical beauty, with travelers from abroad and within the country. It is one of the coldest deserts globally, with fewer populations that rely on scanty water reserves. Due to the changing climatic conditions, the region is witnessing increased annual temperature and decreased snowfall, hence, severely stressing its water reserves. Besides, a sudden rise in tourism has escalated the freshwater demand.

According to a study by the Ladakh Ecological Development Group (LEDeG) – an average Ladakhi uses 21 litres of water per day during summer and 12 litres during winter. In comparison, a tourist needs as much as 75 litres. 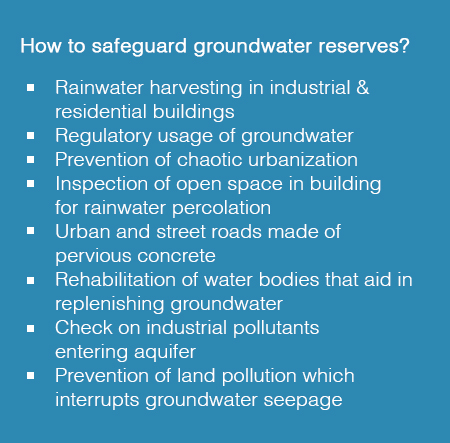 The locals have resorted to digging private bore-wells, which are left unmonitored, resulting in over-exploitation of the scarce natural resource. Thus, pushing the city on the brink of a water crisis.

With natural springs and groundwater drying up faster, a situation similar to the Chennai drought is not quite far.

The global and Indian scenario

Groundwater has traditionally received less attention than surface-water in terms of policy regulations across the globe. Over-exploitation of groundwater has raised concerns globally, with many countries imposing strict regulatory laws. These countries treat groundwater as a public good, thereby preventing excessive pumping of this water by the landowner.

However, groundwater is still treated as a private advantage accessible to the landowner with minimal or no regulations in India. Hence, change of policies, improved agricultural techniques, effective management of water bodies, and change in the masses’ mindset towards the neglected groundwater crisis are crucial in safeguarding the water resource for sustainable development.