My Journey to the Hinterlands 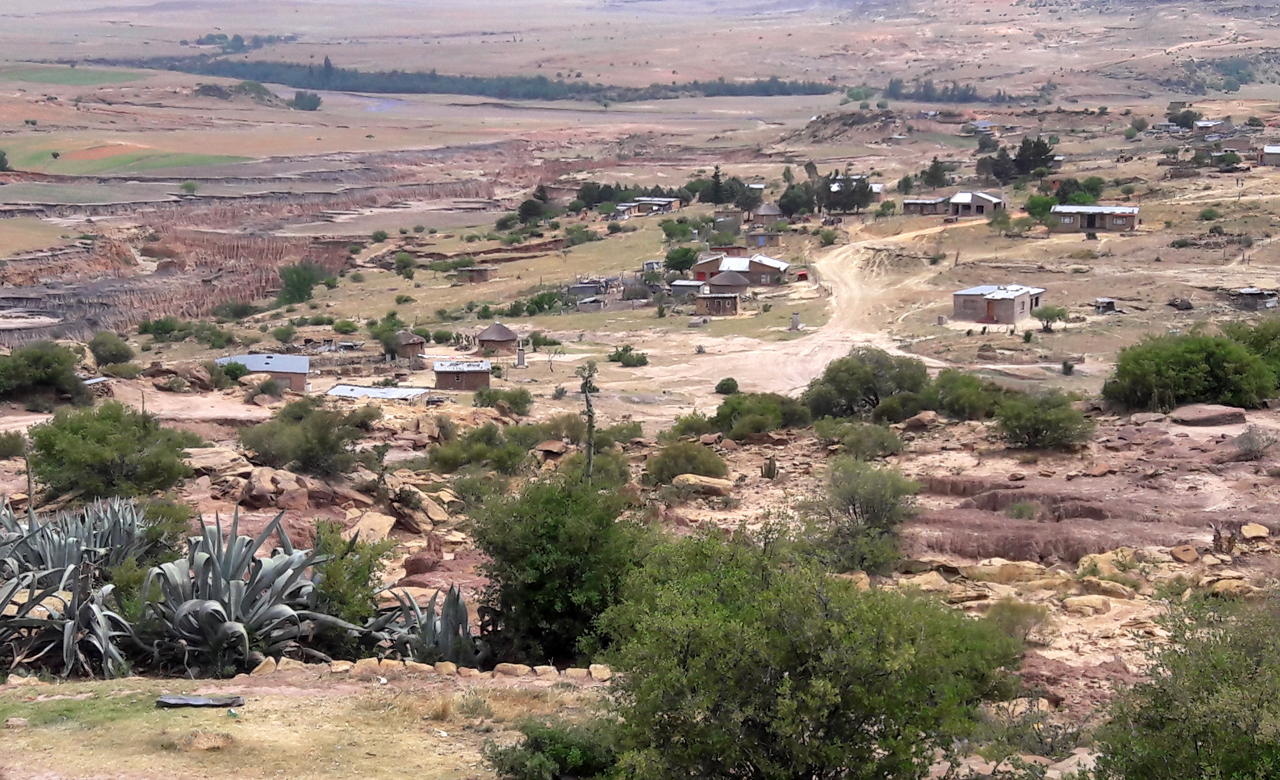 During my last 35 plus years of working experience in climate change and disaster, I have travelled around the world. Many times, to some of the remotest areas on the globe, executing projects on climate change, weather forecasting, agriculture and other related issues. Along with work, these journeys offer you an opportunity and exposure to understand the culture, demographics, geography and the lifestyle of these ‘not-so-known’ places in the world.

One of my recent projects required me to travel to Lesotho, in Africa. This was for a UNDP project on ‘Climate Change Scenario Modeling & Risk Assessment’. As the project plan was getting finalized, it became important to research about this rather unknown place on the world map called – “Lesotho”. Got to know, that Lesotho is an enclaved, least developed landlocked country completely surrounded by South Africa. It is just over 30,000 sq. km in size (with elevation varying from 1,388 m to 3,482 m above sea level), and has a population of around 2 million. Well, to give you a perspective, the country is almost equal to Kerala in area, with 1/16th the population. Interesting!

With some apprehensions, I started my journey to Lesotho. After an arduous 28 hour flight, I arrived at the Maseru International airport. The government of Lesotho is a constitutional monarchy with the capital in Maseru (ma-SAY-roo). The country is divided into ten administrative districts. Maseru, with a population of 400,000, is located in the western border area. Over 80% of the population lives in the lowlands where soil conditions are more favorable for agriculture.

After a stay of two days in the capital city of Maseru to visit the UNDP country office and the other Nodal Government Agencies, and discuss their expectations from the project activity, I visited the southern district of Mohale’s Hoek administrative region. Our project entailed development of climate change projections for Mohale’s Hoek district, and undertake land degradation risk assessment, specifically in the three community councils – Lithipeng, Khoelenya and Thaba Mokheleand.

Despite the positive gains achieved by programs such as the Land Rehabilitation Project, the sustainability of the government’s investments in rehabilitation of ecosystems is threatened by the anticipated effects of climate change across Lesotho. 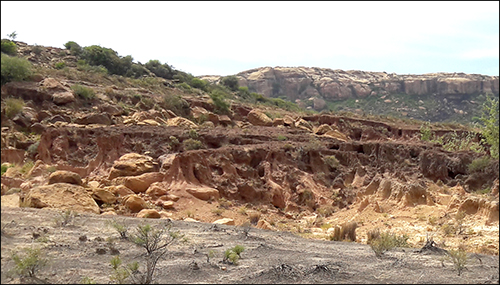 At present, the effects of future climate change, including variability, across Lesotho are not well understood. Furthermore, these effects are also not being considered in the present land use planning and decision-making at national or local government levels. For example, there are currently no comprehensive climate change policies in place to ensure that climate risks are integrated into sector-specific planning and strategies. As part of this project, we were, therefore, expected to produce an update on the nature of site-specific climatic hazards (with particular focus on flood and drought risk situations) under current and projected climate change scenarios for Lesotho in general, and Mohale’s Hoek administrative region in particular. We were also to formulate well-informed and all-inclusive policy level recommendations for the adaptation.

The widespread dependence on rain-fed agriculture, and the lack of appropriate irrigation technologies limits agricultural productivity in Lesotho, and increases the vulnerability of rural communities to reduced or erratic rainfall. Decades of inappropriate environmental management and unsustainable resource use particularly through overstocking, overgrazing, and harvesting of trees for fuel wood – have resulted in widespread ecosystem degradation. This degradation has been identified as a major barrier to effective climate change adaptation. Households in poor communities are most vulnerable to climate change as they are the most dependent upon natural resources-based livelihoods and have the least capacity to adapt to climate change.

This was a challenging project that was executed successfully, and en-route this journey, I also learnt a lot about Lesotho’s people, culture, and lifestyle. 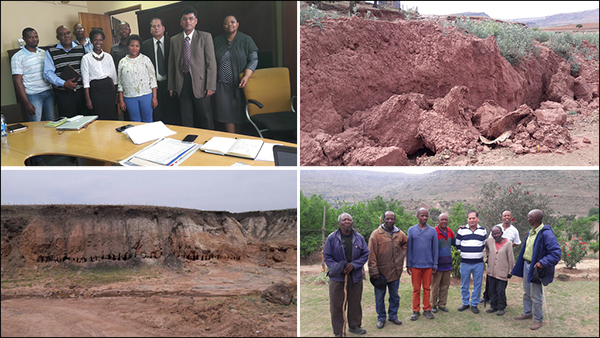 The people of Lesotho are called Basotho (plural – people) and Mosotho (singular – person). The culture is cohesive, with Basotho comprising over 99% of the country’s population, the remainder being of Asian of European origin. The highlands are sparsely populated with most of the administrative headquarters and towns located in the lowlands area.

Sesotho language (one of the first African languages to develop a written form) is spoken in Lesotho as well as in parts of South Africa. English is the second official language, dating back to 1868 when Lesotho was placed under the British for protection against South African aggression. Zulu and Xhosa languages are spoken by a small minority. Lesotho is a blend of past and present, traditional and modern beliefs and practices.

The focal point of the Basotho women’s daily activity is a three-stone fireplace in the courtyard, where they prepare (pap-pap – a cornmeal porridge) – the staple of Basotho, which is usually accompanied by a sauce of peas, chopped greens, or other vegetables During the summer season, local peaches, and small, hard fruits add variety to the diet. In the winter, family members sit around the three-stone fireplace and roast cobs of dried corn. A family’s honor is dependent on the quality and quantity of food at wedding and funeral gatherings—spit-roasted cow and chicken are mandatory. 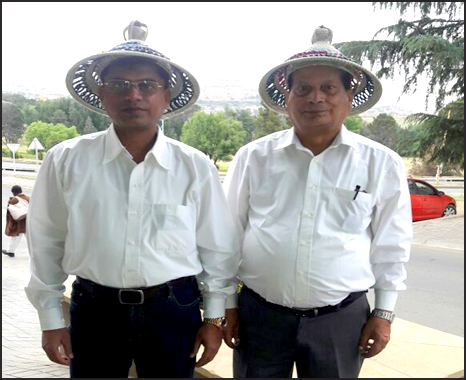 The spectacular scenery of Lesotho’s rugged mountains, massive gullies (called dongas), and sparkling waterfalls create a tourist’s dream destination. The Moshoeshoe is the national dress of the region, which is made of the angora wool, and is also used to make wall hangings and rugs. The Basotho hat, a conical woven hat with a distinctive topknot (depicting a mountaintop) is a symbol of Lesotho’s unification. Both men and women invariably wear the wool Basotho blanket as a cloak, regardless of the season.

Out of all the countries that I have visited so far, Lesotho has definitely given me a unique experience. The rich culture and heritage, and warmth of the people of this country will remain etched in my mind for the years to come. Till then, I browse through the pictures of Lesotho, waiting for my next adventurous journey, to yet another interesting destination!