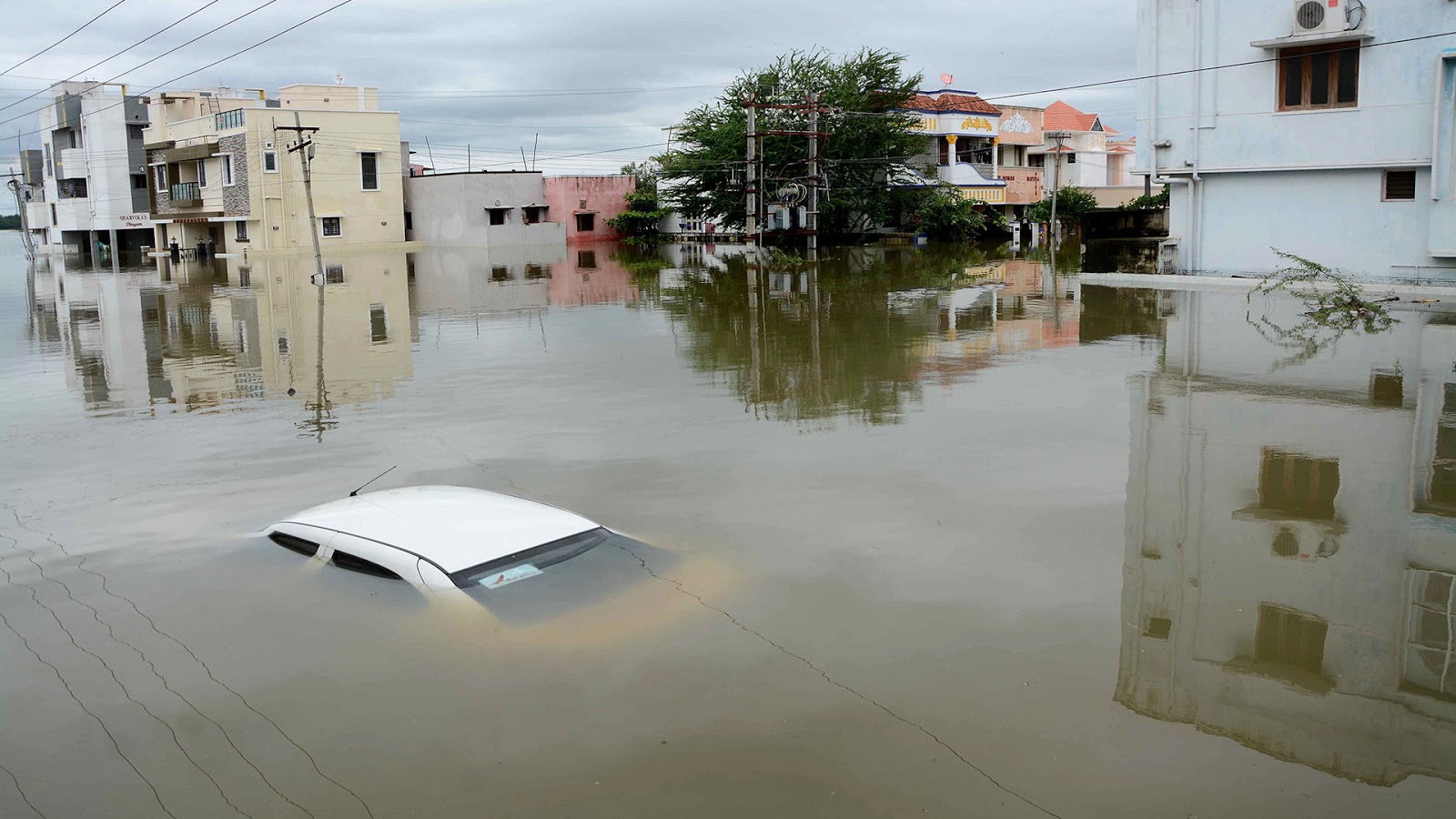 India’s bid to develop 100 smart cities to boost the nation’s economy seems to be at odds with the recent urban floods in Gurgaon and Bangalore, and of course the devastating Chennai floods in 2015. These instances of massive water logging and urban flooding in cities that have been known as India’s Millennium City and Silicon Valley raise an uncomfortable question – are these smart cities, smart enough to be resilient to natural hazard risks?

The key objective of developing smart cities is to attract investments and business, to help boost economic activity and employment opportunities, thereby catalyzing the economic development of the country.  With respect to these objectives the Modi government has taken quite a few remarkable steps through several international, national and local initiatives. However, at this juncture, it is also very important to have a quick look at the city vision documents (city master plans) to see whether natural hazard risks and climate change impacts have been taken into consideration.

Disaster Management Plans in Indian Cities – Where We Stand

The National Disaster Management (DM) Act of 2005 has made it mandatory for all cities and towns in the country to develop City DM Plans and has issued guidelines for the same. The guidelines emphasize the institutional aspects, coordination mechanisms of the city and the line departments in all the four phases of DM – mitigation, preparedness, response, and recovery.  It also emphasizes the need for mainstreaming DM into city development activities.

Even though it is only a recent legislation, the development of city DM plans is a mandatory requirement. Most Indian cities already have some sort of plan (known by different names like emergency plan etc.) to address adverse situations. These cities traditionally follow the British model of development planning by developing a master plan, which consists of a forward looking plan keeping in view the growth for the next 20-30 years. The cities mobilize funds and work towards the set goals of the master plans. The preparation of city master plans is based on the Town and Country Planning Act of the United Kingdom of 1947, and is mainly focused on detailed land use zoning emphasizing economic growth over a time horizon of nearly 20-30 years. This provides a road map for the future growth of cities. In principle these plans are supposed to carry out disaster risk as part of the spatial planning. However, often, this is overlooked and the plans mostly emphasize on economic growth.

The City DM Act does not mandate carrying out city-specific hazard risk assessments and take specific risk mitigation measures. It is important to address the risks and vulnerabilities of the city and develop a master plan embracing risk resilient strategies to develop smart cities. These strategies should be forward looking to accommodate climate change impacts and the probability of occurrence of extreme events, and devise structural and non-structural adaptation and mitigation measures. For sustainable and prosperous smart cities it is important to give priority to safety of life and assets, which in turn will attract investments and economic growth.

It is remarkable to mention at this juncture, that the new capital city of Andhra Pradesh while inviting international consultants to prepare an urban master plan has also insisted on carrying out city-level disaster risk assessment and prepare a city DM plan. It demands aligning development zoning based on disaster risks and recommending appropriate steps to ensure a risk resilient city. For other cities of the country, including Chennai and the prospective Smart Cities, it is not too late to carry out risk assessments and revisit the master plans in light of the risk assessment results. It is very important to take proactive steps – mitigation measures (structural and non-structural) and have a Business Continuity Plan (BCP) in place to be a really Smart City.