Pedaling to Promote a Greener City 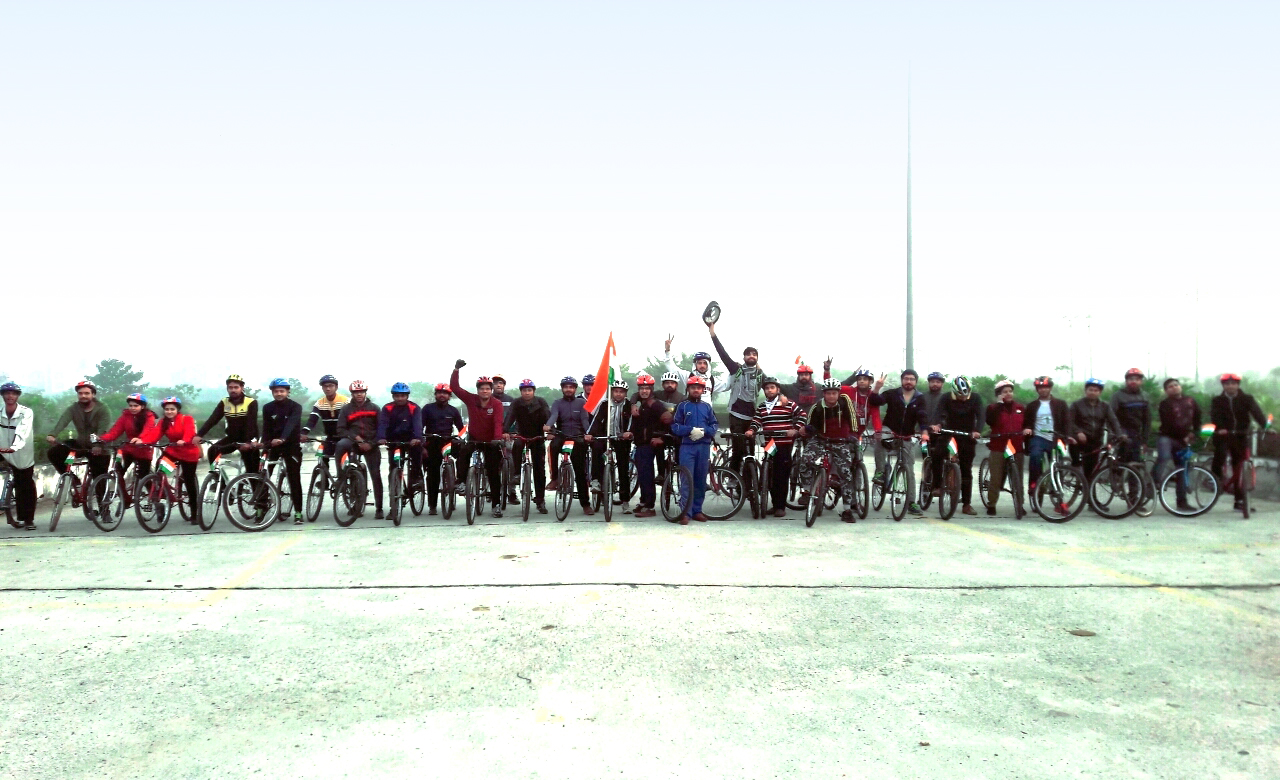 When I was young, cycling used to be my favorite recreation. Every evening, cycling through the narrow lanes of my neighborhood with a bunch of friends was something I would look forward to. Gradually, cycling has evolved as a sport which is enjoyed by people across age groups. Not only does cycling boost our physical and mental health, it also infuses positive emotions, encourages camaraderie and gives us a sense of accomplishment. Various research and science of positive psychology opine that cycling possesses an array of attributes that boosts happiness in ways that only a few other sports can claim.

Apart from overall well-being, cycling also helps us to protect the environment as compared to the astounding volumes of vehicles hitting the road each day. During the past decade, pollution levels in all the major cities of the world have increased dramatically. Let us take Delhi NCR for example. Since the past three years, Delhi NCR has been struggling to cope up with the smog and toxic fumes that choke up the city. Very recently in November 2017, the airborne particles and toxic chemicals that make up the smog choked the 19 million residents of the metropolitan area, where merely breathing the air was like smoking 50 cigarettes in a day! 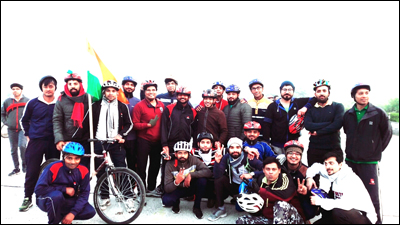 While activities like burning of crop residues contribute to the smog in Northern India, vehicular pollution is another factor which has aggravated this issue. With a growing population, increase in disposable income and affordable range of vehicles, the number of cars and motorbikes on roads has risen tremendously. Traffic jams are frequent and the smoke bellowing from vehicles significantly contribute to the already worse air quality. Taking a cue of the situation, responsible residents of the region have come up with various methods to control vehicular pollution – from car-pooling, to using public mode of transport for commuting to office and other places. Here is where cycling fits in!!

By cycling our way to shorter distances, whether for running home errands, or going to the gym or even to our offices, we can definitely help curb pollution and at the same time stay fit! Cycling has proven to be one of the best ways to reduce the risk of health problems associated with a sedentary lifestyle. Using bicycles to work can also solve our parking woes. About 12 bicycles can be parked in the same space as one car! Moreover, it takes around ?ve percent of the materials and energy used to make a car to build a bicycle, and once on the road, it produces zero pollution. 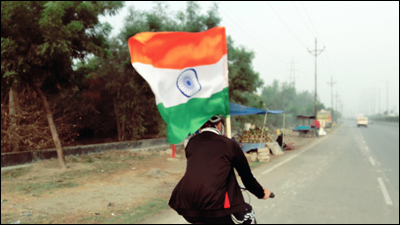 To promote this environment friendly habit of cycling and encourage fitness, the CSR wing of RMSI, Helping Hands, organized a ‘Go Green Ride’ to mark the 69th Republic Day. In the wee hours of 25th January, more than 50 RMSIans cycled their way through the 31 km route chalked out for them in Noida. The cyclists easily maneuvered through heavy traffic, giving a complex to the cars stuck in jams! On their way, they also encouraged people to use public mode of transport instead of their personal vehicles for commuting to work. 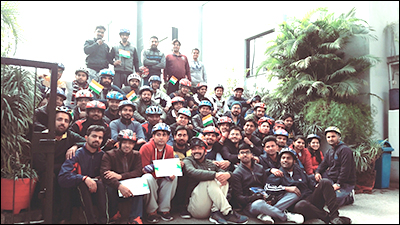 The Go Green Ride also gave a chance to the participants to break free from the routine hectic life and make new friends. The Republic Day fervor kept their spirits high and patriotic. While the cyclists had fun, the message they sent out was pretty clear – keeping our environment clean and green is a shared responsibility. We can definitely make a difference by promoting this cycling culture in the city and hence contributing our bit to this green cause. It might take time for us to see the positive change it brings about, but once such modes of transport are adopted in a large scale, it will make a world of difference to our health and the environment. So let’s get back to cycling, relive our childhood, and in turn make our world a better place to live in.