How Climate Change is Impacting our Coastlines : the case of Bangladesh 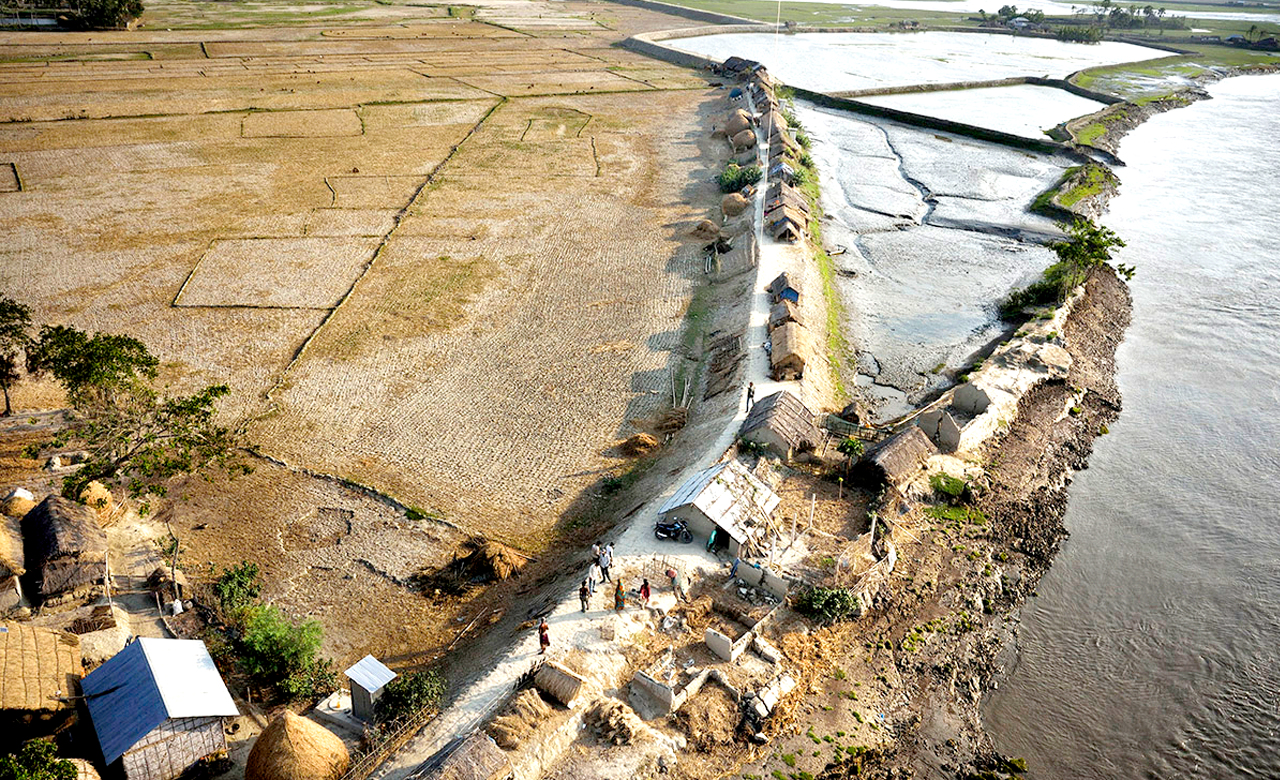 It wasn’t long back when we read about negative impacts of pollution, release of greenhouse gases, and deforestation, on our environment. The heat-trapping nature of carbon dioxide and other gases was well demonstrated in the mid-19th century. The phenomenon of ‘global warming’ that was foreseen a few decades back, is now a reality.

Climate Change is emerging as a threat that will endanger life on earth if human activities aren’t put to check. The evidence of rapid climate change is pretty compelling, with warming oceans, weather extremes, glacial retreat, rising sea levels, and ocean acidification, etc.

About 40% of the world’s population (~ 3 billion) lives within 100 km of the coast of which about 1 million live in low-lying areas (most of them in Asia). Majority of this population lives in developing countries. The delta region of Ganges River, which extends between India and Bangladesh, is the most populous river basin in the world with a population density of about 200 people/km2. The coastal hazards – cyclone, storm surge, salinity intrusion, and sea level rise make the coastal community highly vulnerable, as these hazards impact their lives and livelihoods adversely. In addition to this, climate change impact accentuates the problem, and demands suitable adaptation measures to build the resilience of coastal communities.

Bangladesh has a coastline of 580 km and a delicate balance with influx of fresh water from the large rivers draining across the country and tidal rhythm flushing out accumulated pollutants and bring in nutrient and aquatic life supporting livelihood of millions of coastal communities. In the 1960s, coastal embankments were constructed to develop the coastal low lands (commonly called as polders – a Dutch terminology) of the country for protection from tidal flooding and salinity intrusion. These structures also protect the low lying coastal stretch from flooding due to storm surges and tropical cyclones. The embankments are designed with tidal gates to release flood water and to protect saline intrusion during tides. This has helped in the development of agricultural activities, mainly rice cultivation on the coastal low lands.

The agriculture sector in Bangladesh accounts for about 20% of GDP and employs 65% of the labor force. In the southern coastal region, agriculture employs up to 80% of the inhabitants. Projection of climate change vulnerability indicates that severe flooding, salt water intrusion, and rising sea level will result in a decline of national rice production by 3.9% each year or a cumulative total of 80 million tons between 2005 and 2050. Crop yield has dropped to 1 ton/ha in affected areas (average yield being 4.5 ton/ha) in the recent past (Economics of Adaptation to Climate Change: Bangladesh, World Bank, 2010). While cropping intensity has increased across the country by 30% over the last 40 years, crop yield has declined due to poor agricultural practices such as the indiscriminate use of inputs, low seed replacement, and single cropping patterns. These are exacerbated by failing infrastructure (broken embankments and faulty sluice gates), making water management difficult and aggravating the impacts of climatic and environmental hazards (e.g., increasing soil salinity, water logging, increasing frequency of flood and drought, cyclones and wave surges, and variability in temperature and rainfall).

Given this context, the development of appropriate climate response strategies for farmers and agri-business firms in coastal polders of Bangladesh is very important. Further, climate change also provides opportunities for the private sector to invest and offer solutions to coastal communities, which will help the communities become more resilient.

With this in mind to provide viable livelihood adaptation solutions for coastal Bangladesh, the World Bank (IFC) commissioned RMSI to undertake a scoping study. The objective was to build adaptive capacity of the coastal population through public private partnership.

The study assessed the climatic and environmental hazard risk to the communities living in selected 12 polders in the coastal stretch of Bangladesh. The assessment would help to provide adaptation strategies including alternate livelihood to suit the changing coastal environment of the country. The study also laid out the financing and investment requirements for agri-supply chain actors to support climate resilient agriculture and agri-business development.

One of the findings of the study was that majority of the farmers (75%) in these polders are into subsistence farming and rest 25% only, are commercial farmers. The polder area is prone to various climatic and environmental hazards. Salinity and water logging is common in all polders. The irrigation percentage for the cultivated areas (mainly rice) of the 12 polders ranges from 15-25% only, mainly due to lack of fresh water. Farmers primarily practice channel or flood irrigation using low lift pumps (LLP) in the polders particularly during the Rabi and pre-Kharif seasons, mainly for cultivating vegetable crops. In addition to rice crops, farmers also cultivate vegetables and in some polders do aquaculture farming. Most of the farmers practice individual farming and about 70% are sharecroppers. 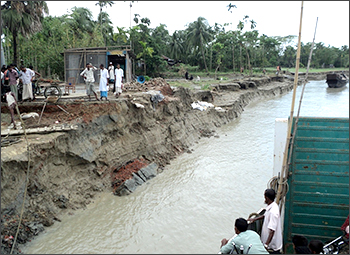 All the polders are vulnerable to climate related hazards such as tidal waves, cyclones, storm surges, floods, and droughts. The high amplitude of tidal waves (ranging from 0.6 to 6 m) causes saline water to extend inland. Tropical cyclone intensities have increased over the last four decades leading to more extensive damage to the crops. Climate projections show that the vulnerability of the coastal regions due to cyclone-induced storm surges are likely to increase under future climate scenarios and the most affected area will be the Meghna Estuary region (south central polder region). Sea level rise (SLR) can impact about 2%, 5%, and 10% of the total land area of the country due to an SLR of 0.1 m, 0.3 m, and 1.0 m respectively. An estimated reduction in yield of up to 40-60% is expected for the key crops in the polders (i.e., rice, grass pea, lentil, green gram, soybean, vegetables, and potato) due to climate change by the end of this century. Impact of SLR in the polders is mainly in the form of saline water intrusion and submergence of land.

Polder specific interventions, based on the bio-physical conditions and vulnerabilities, are required to develop climate resilience in agriculture and other livelihood activities. These include selection of suitable crop varieties (drought, saline tolerant and early maturing rice varieties) and crop types (sturdy and less water intensive – pulses and oilseeds) suitable both to the region and the seasons.

As part of adaptation measures, the following measures were suggested:

The key recommendations from this scoping study can thus help improve the socio-economic conditions in these polders. While many of these interventions are polder specific, largely the adaptation strategy framework and livelihood measures suggested can be well adapted across the rest of the polder region in the country.

Coastlines across the world need appropriate action to ensure a sustainable future of the inhabitants. Many organizations are working round the clock to help coastal communities fight everyday challenges and making them resilient to the impacts of climate change. This study was a small step to restore the natural balance of coastal Bangladesh.