Role of GIS in Disaster Management 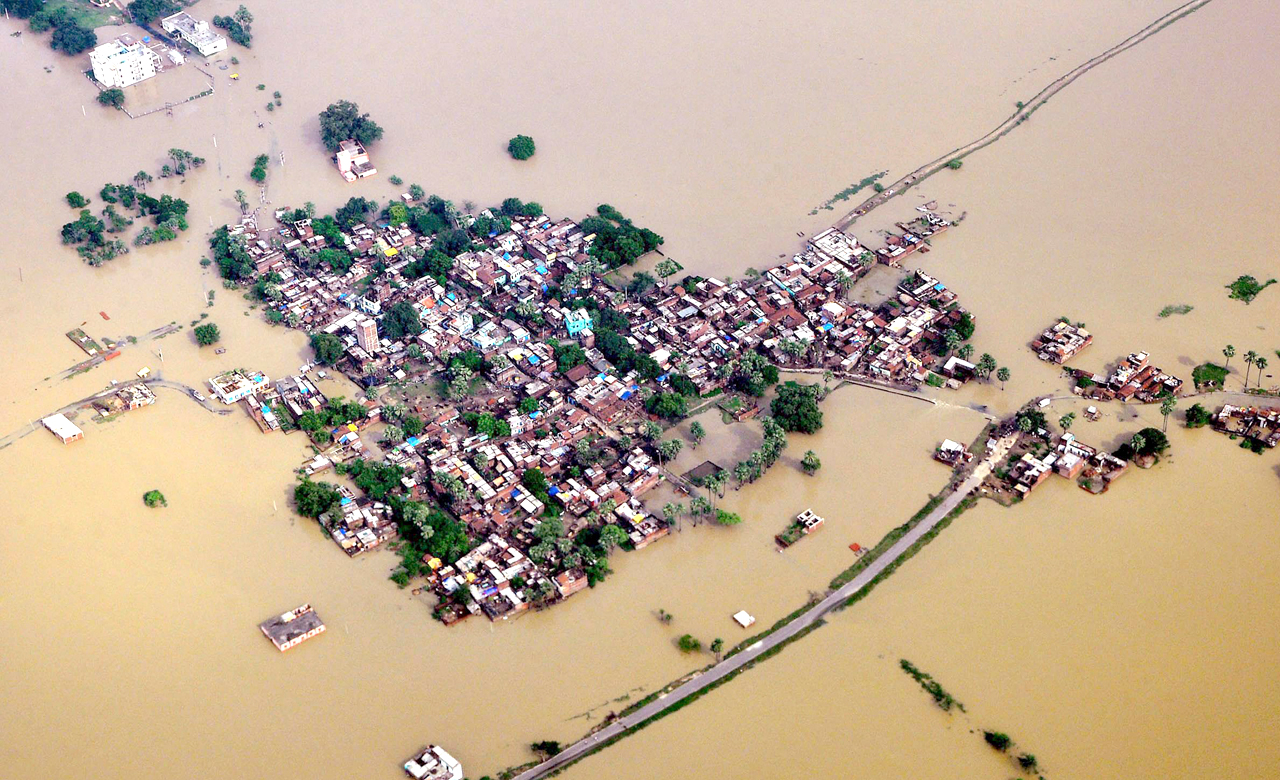 Disasters are spatial in nature as they strike at a specific location and influence a particular area. Hence, location intelligence plays a critical role in disaster management. GIS coupled with remote sensing provides a basic framework that helps in all the stages of disaster management starting from preparedness, to response and recovery. Through advanced wireless technologies and web-based GIS applications, disaster management by governments and other agencies is being revolutionized and is enhancing the coordination of response efforts as well as planning for disaster risk reduction. GIS decision support systems for disaster have been applied in several parts of the world for effective management. For assessing disaster risks, one needs an understanding of key disaster event characteristics such as location of impact (for example, earthquake epicenter, cyclone landfall), physical characteristics (magnitude in case of earthquakes, central pressure in case of cyclones), local conditions like land use and type and height of structures.

These characteristics require an understanding of the geography of the impacted area in order to model the hazard intensity and severity and to understand the impact on buildings, infrastructure and population, and at the same time respond to the disaster for evacuation and rehabilitation works. Use of GIS and remote sensing, helps conduct all these tasks in a planned an efficient manner.

Earlier, when the concept of GIS did not exist, response decisions during disasters were taken mostly on the basis of prior experience and intuition rather than any live information. But today, live data on many parameters such as topography, geographic features, population, infrastructure, demographics can be crucial to the response and recovery activities. GIS has the power to integrate data from various sources into a common platform and make it readily accessible to various stakeholders for disaster management. It enables dissemination of critical information in a timely manner in cases of emergencies. Further, the visualization of this data helps in analyzing a situation and taking quick decisions. In advanced countries of the world, GIS has been successfully utilized to address all phases of disaster management—preparedness, mitigation, response, and recovery. It is very helpful to lay a foundation of GIS as all these stages are interconnected. The output of one stage serves as input to the next stage. 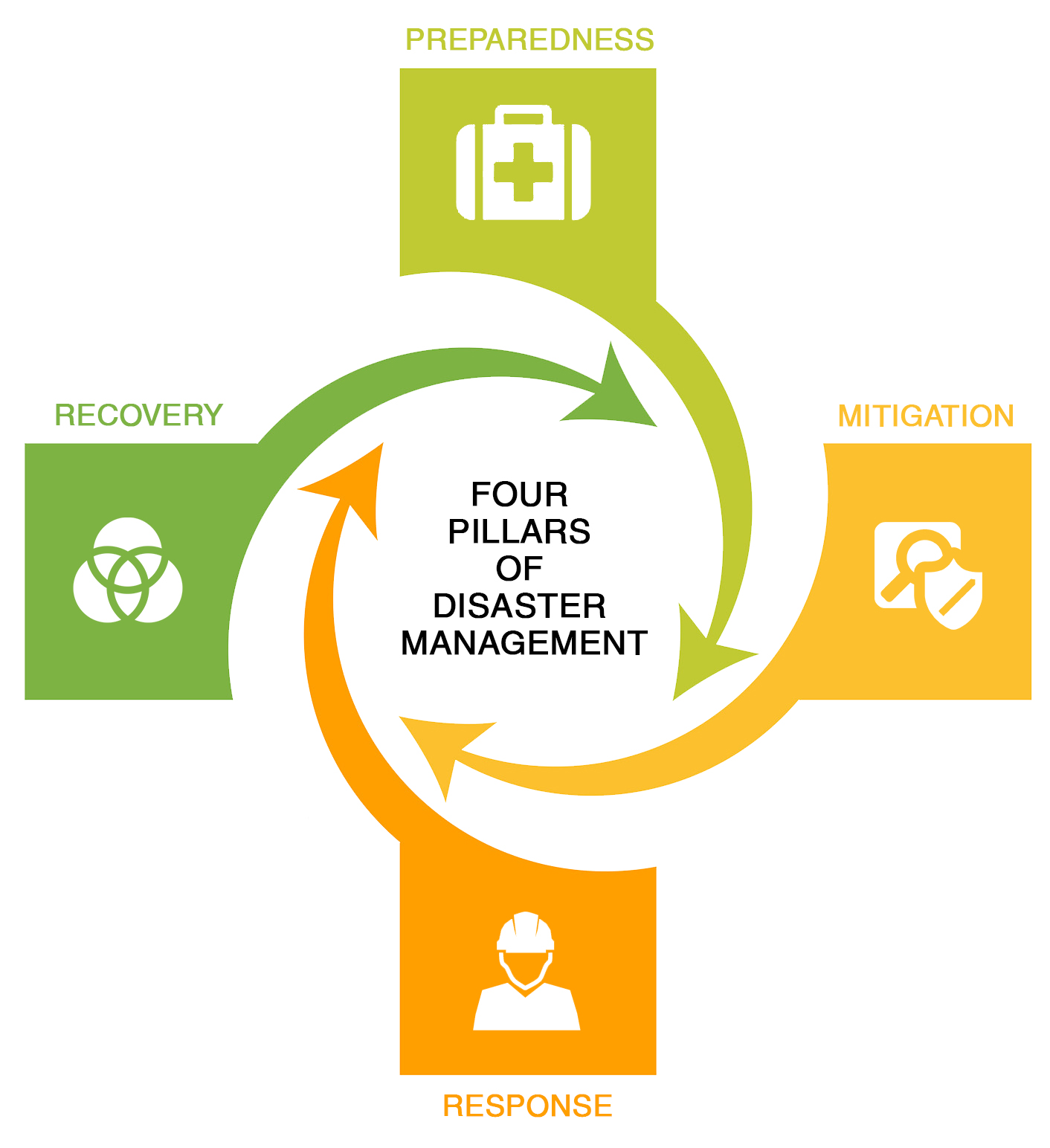 Some critical questions that arise during awareness and preparedness for disaster management are:   What is the population of the area, location of buildings and infrastructure, social and structural characteristics of the area, population at risk, evacuation time and technique, location of the safe structures that could be used as shelters and others? GIS and remote sensing techniques can be used to build database of critical facilities such as hospitals, ambulances, fire stations, police stations, schools and other places which can be helpful for planning purposes.

Disaster maps can be prepared to show the risk zones as well as disaster impact zones. From a mitigation point of view, hazard maps can be created for various natural and manmade hazards such as floods, earthquakes, cyclones, forest fires etc., that help in understanding the risk of a location and planning accordingly for the same.

Earlier, the role of governments during natural calamities was limited to rescue, relief and rehabilitation. With changing times, mitigation and main streaming of disaster risk reduction has become a crucial activity requiring government intervention. GIS is enabling development of decision support systems capable of assessing risk from natural disasters and helping governments in mitigation and planning.

RMSI has developed an innovative ‘Decision support system for disaster risk reduction’ that utilizes the outcomes of multi-hazard risk assessment for activities performed for mitigation, preparedness, response and recovery. This framework has been successfully implemented in several nations of the world and has proven to be an impactful tool for mainstreaming disaster risk reduction. Mathematical modeling and GIS analytics form the backbone of this framework.

Responding to a disaster adequately requires critical information like the location where the disaster has occurred, intensity and severity of the event in various disaster zones, areas of maximum damage, location of impacted population and the kind of resources needed to evacuate the trapped population. GIS and remote sensing techniques coupled with technologies like satellite imagery, aerial photography using aircraft or drones can help find answers to many such questions.

Soon after a disaster strikes, use of remote sensing technologies (such as aerial photographs or satellite images) can be used to map the affected locations and compare the data to historical information to assess the overall damage. While remote sensing aids in map preparation, GIS can be used for storage of digitized maps, their visualization and analysis.

There is a greater need for liaisoning of the public and private sector. GIS organizations such as RMSI are equipped to turn around such tasks at a faster rate, provided high resolution satellite imagery is made available by the government bodies or private companies. Further, this is supported by on ground sample damage assessment surveys conducted by experts. RMSI experts have participated multiple times in such post disaster surveys, including the Gujarat earthquake, Mumbai floods in 2005, Surat floods in 2006 and Krishna river floods in 2008.

Damage assessment helps in estimating the number of households damaged and families displaced along with casualties and injured in short term, as well as the damaged infrastructure. It also helps in re-establishing communication so that it performs better in future or laying foundation for an emergency communication network that could activates immediately in the aftermath of a disaster. At the same time, estimates of economic impacts and social impacts can be traced as the information would help in identifying the most affected families, particularly widows, single parent children, orphans, differently-abled persons and senior citizens. Furthermore, GIS platforms have proven to be very useful in connecting dislocated families. Open applications with abilities to upload the photographs of missing family members and tagging the location of other family members have been applied for several disasters worldwide.

With natural hazards becoming more frequent and severe, disaster risk reduction is the need of the hour. Global governments and GIS companies should work in tandem to devise innovative tools & methods to plan an effective disaster management strategy and make the most of the geospatial technology.