Why India is Witnessing a Rise in Urban Flood Events 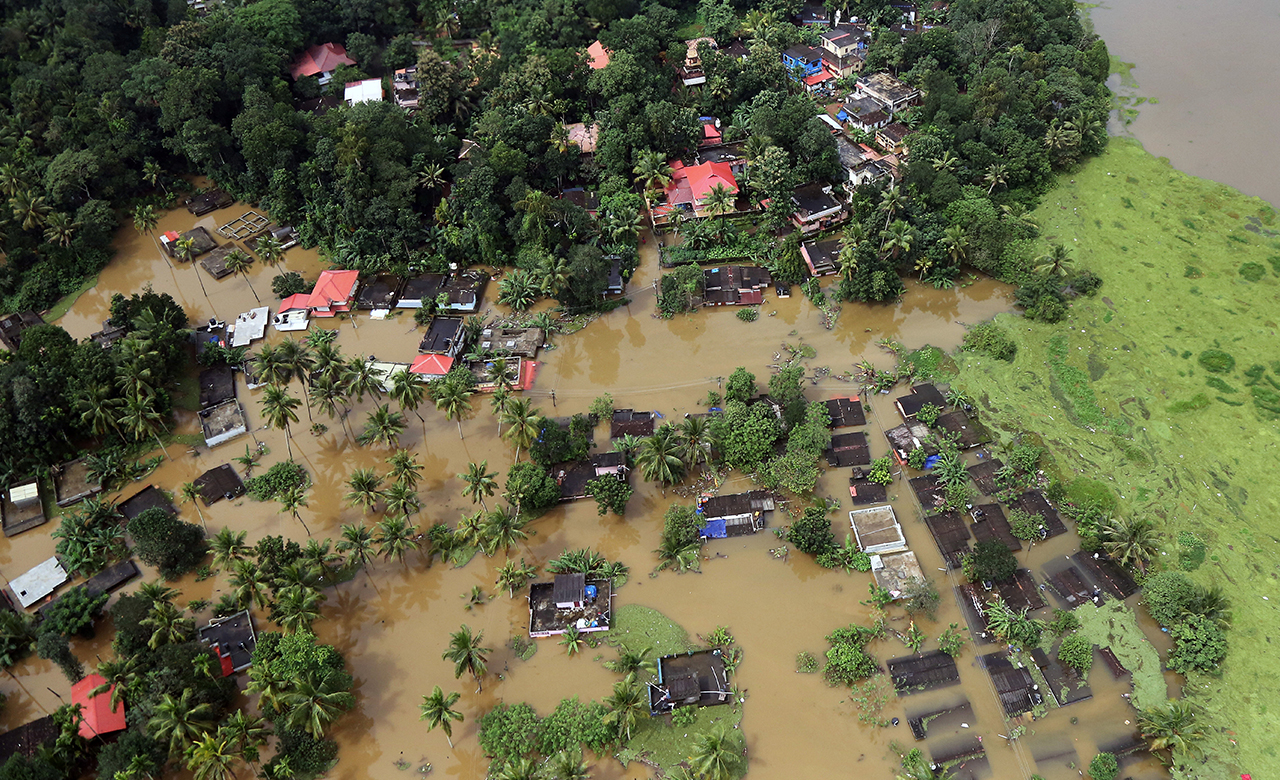 Each monsoon season, many Indian cities encounter flood-like situations triggered due to heavy rains. The severity and frequency of flood events in India have increased in recent years making it highly vulnerable to this peril. A few studies have highlighted that over Central India, the frequency of daily precipitation extremes with rainfall intensities exceeding 150 mm per day has increased by about 75 percent during 1950–2015.

This year, Mumbai was severely impacted by the monsoon rains and received more than three-quarters of its standard August rainfall record in the initial week of August.

Chennai floods (Dec 2015) is also a glaring example. The city witnessed severe flooding caused due to unprecedented rainfall (300 mm in a single day) which broke last 100-year rainfall record and led to total devastation of the city, particularly the industrial sector.

In recent years, an increasing trend in rainfall intensity and floods have been observed due to long-term climate variability. Multiple global studies have revealed that the intensity of rainfall frequency is likely to surge due to rising surface temperatures caused by climate change. 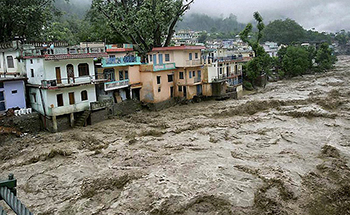 Besides the riverine flooding in Assam, Bihar, Eastern Uttar Pradesh and other western parts of India, there has been a surge in urban flooding incidents this year. Cities such as Surat, Chhindwara, Rajkot, Ujjain, Vadodra, Dwarika, Gorakhpur and Jaipur have added to the list of urban flooding. Recently, New Delhi and the NCR region of Gurgoan was also affected due to the heavy downpour. Several parts of the city were submerged, especially the low-lying areas.

Urban flooding majorly occurs due to reduction in the drain capacity to carry the water generated through high-intensity rainfall in a short duration. Another reason is the rise in urban development initiatives leading to a reduction in the city water bodies, wetlands, open spaces, tanks and green areas.

With everything paved, there are more impervious surfaces, lesser water infiltration into the ground and increase surface flow and speed of the water, thus putting more pressure on the storm drains. Encroachment of drain’s area and garbage disposal further impacts its capacity.

During monsoons, especially when there are heavy rains for a short time, the drains start overflowing leading to waterlogging in the city. For example; cities like Jaipur, where still a large part of the area has no drains, is usually flooded due to intense rainfall. 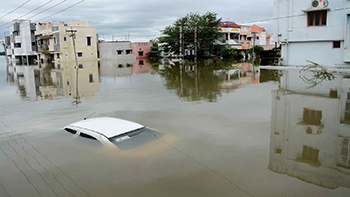 A combination of high-intensity rainfall and inadequate storm water drainage system are the main reasons for urban flooding in Chennai in 2015. RMSI used its India Flood Model to simulate the flood event and estimate losses. The variation in flood depth was found within the range of 10% when compared with observed water depth. Read the report here.

Studies have revealed that the wetlands of Mumbai have reduced with time, whereas the built-up area has increased. Wetlands reduce the severity of floods and waterlogging by storing water. But unplanned urbanization and developmental activities have affected the wetlands leading to a reduction in storage capacity.

A massive reclamation of land has been done to accommodate the large population of the city. Due to an increase in planned construction activities, there has been a decline in the drainage capacity to clear excess rainwater. The accumulation of garbage and untimely cleaning block the drains leading to surge in waterlogging incidents. This condition is worsening each year and is responsible for all flood events occurred in 2016, 2017, 2019 and 2020. 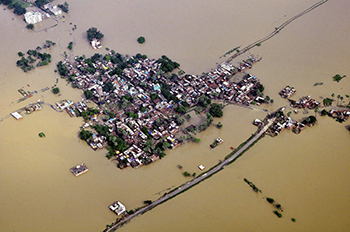 Cities like Srinagar (J&K) where a river flows through the city is severely affected during high rainfall as the excess water overtops the river banks and spreads in the city.

RMSI simulated Srinagar flood event in September 2014 and observed that the capacity of the river was about half of the flow generated in the basin. The extent of inundation was more than 800 Km2  which was well simulated through 2D hydraulic modeling. Due to poor drainage network, the water stayed in the city for weeks.

Initiatives to reduce the flood impact 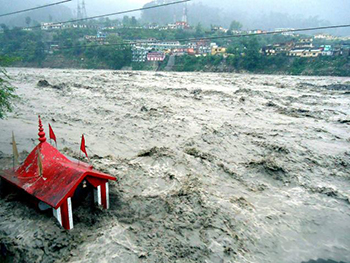 Hence, urban flood modeling simulations considering the high-intensity rainfall pattern in the city can provide a better insight into the magnitude of flood and its drainage pattern.

Moreover, there is no standard scientific definition of flood-prone areas. It is worth appreciating that a few states have come forward to execute flood plain zoning studies based on the return period of floods. The implementation of effective steps taken based on the outcome of such studies is likely to reduce flood loss and save lives. The type of development can be defined as per the flood plain zoning.

Flood risks can be substantially reduced by avoiding construction in the flood-prone areas and adapting urban and industrial developmental activities based on the outcome of flood risk assessment. There is also a need to look at the nature-based systems such as ponds, wetlands, and permeable pavements.

Operational end-to-end flood warning and forecasting systems can also be of great benefit. These systems include the building of risk knowledge and response capabilities, real-time monitoring and forecasting of rainfall and river conditions. They translate forecasts into targeted warning messages, disseminate warnings to community members, and people’s response to the warnings.

However, the availability of accurate cross-sections and topographic data is very crucial for accurate hydrodynamic modeling used for early flood warning systems of Indian River systems. There is a dire need to develop effective preparedness and response plans to avert such risks and mitigate its social and economic impact.