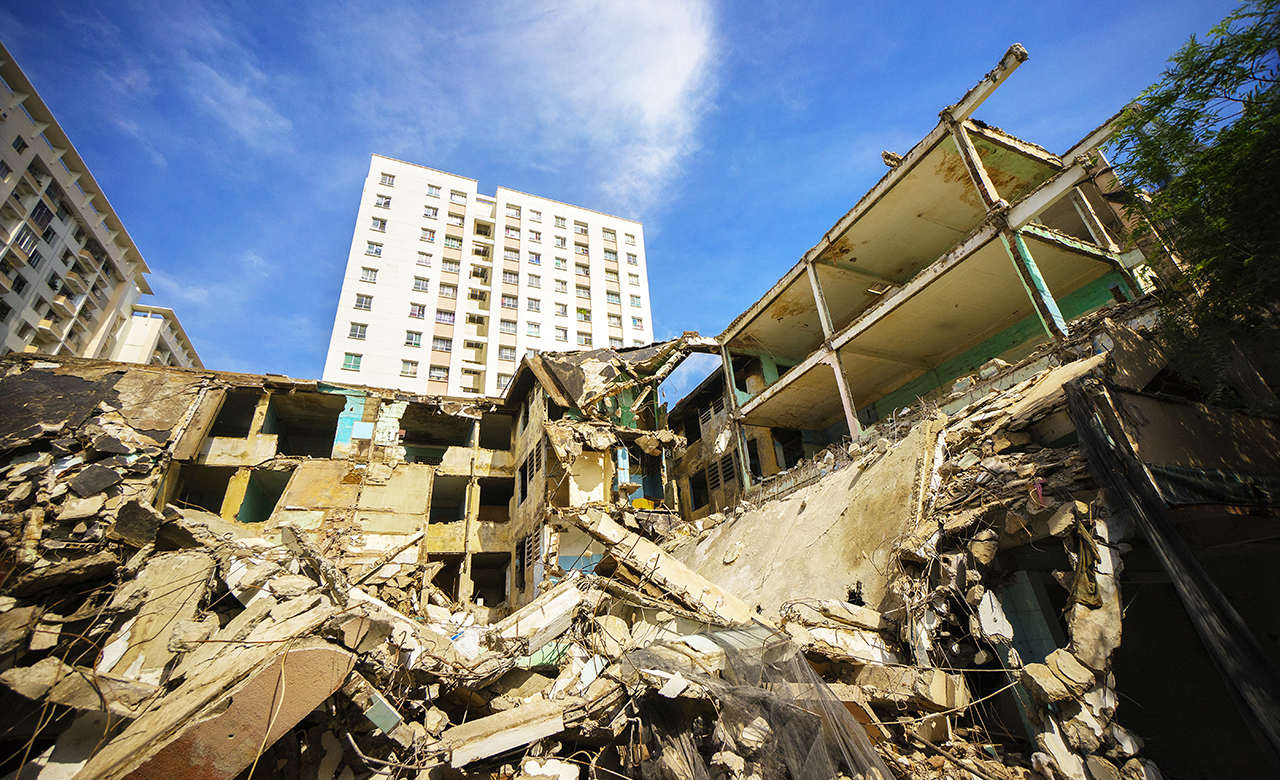 Infrastructure plays a critical role in a country’s development. It ensures smooth operation of the economic sector and generates vast employment opportunities during construction and maintenance. While infrastructure is also vital for rural areas, it’s critical for urban areas due to the population and concentration of economic activity.

There is always an underlying need for infrastructure to be efficient and resilient. If we date back to history, urban and infrastructure planning has been a priority since the Bronze Age civilization. The largest cities Harappa and Mohenjo-Daro are examples of advanced architecture and infrastructural facilities.

But, history tells us that in most cases, settlements precede infrastructure development. On top of this, an increase in frequency and severity of hydro-meteorological hazards is expected due to climate change. Geological hazards are already quite widespread. All this leads to tremendous challenges in infrastructure design and implementation, especially when coupled with rising risks from climate and natural hazards. This is a possible reason driving the fragility of today’s infrastructure.

For instance, the extremely severe cyclonic storm ‘FANI’ in 2019 caused massive infrastructural damage in Odisha. It took nearly 40 days to restore power. One of the largest blackouts ever was recorded in Bangladesh post Cyclone Sidr. Around 75 million people had lost access to power.

Infrastructure systems such as transportation, energy, water, power, and digital communications are the backbone of modern economies and societies. Failures of any of these systems can result in large-scale economic losses and social disruptions.

Ever wondered how many amenities do we lose if we lose power? Figure 1 explicitly highlights the missing pieces of our basic needs, if any hazard impacts power. Let’s consider the impact of Cyclone Fani. For 40 days, there was no power. It means no industry was able to operate… this would have impacted many sectors, including transportation.

Hence, there is an urgent need to lay an actionable framework for climate and disaster resilient infrastructure.

Addressing infrastructure resilience requires understanding risks from natural calamities that are complex, uncertain, and unpredictable. Natural Catastrophe Risk Modeling provides us a means to estimate the impact of natural calamities. 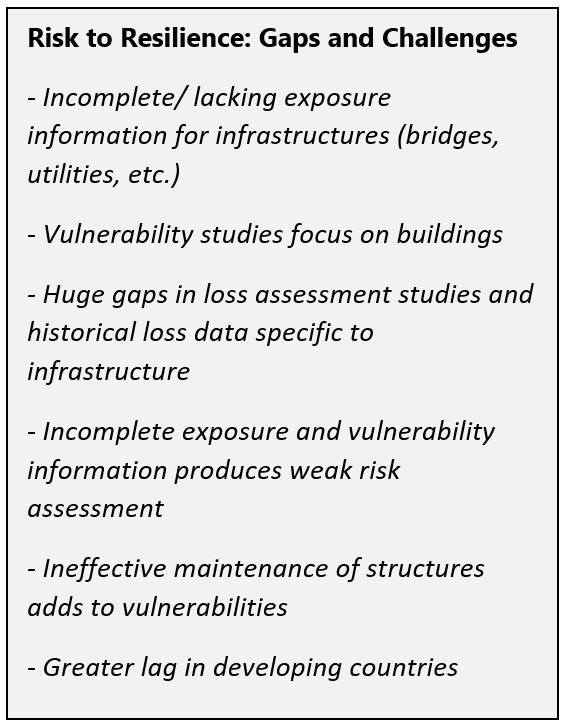 At a broad level, it involves following key steps for understanding infrastructure risk.

The roadmap to assess these risks is to understand the potential hazard intensities at different areas, the current locations of infrastructure elements, and their key characteristics driving the risk.

However, there are considerable challenges in modeling infrastructure risk and moving from risk to resilience. Irrespective of the challenges, risk assessment is critical to strategize how mitigation interventions can be planned to enhance infrastructure resilience to climate-induced and other disasters at the development stage or after development.

Different natural hazards impact infrastructure in their path in different ways. It requires strategic decisions in design, operation, maintenance, and retrofitting of infrastructure in several locations. Also, the behaviour of various hazards is not the same. Some are slow onset like drought; some are moderately fast at the beginning, like floods and cyclones (where we can get from a few days to a few hours of warning); others are quick, like earthquakes. Hence, some hazards can be avoided, and others can only be mitigated.

As a result, mitigation strategies have been organized into three categories:

Here are some examples of each of these types of mitigation strategies:

AT THE ORIGIN OR SOURCE:

A few structural improvements at the origin source can lower the impact of any hazard. For instance, the impact of avalanches can be avoided by introducing supporting structures (Figure 2) such as supporting steel bridges and snow nets, mountain forests and deflecting and catching dams to increase slope-inclination impact side.

The Glacier Ice Burst-induced Flash Flood in Uttarakhand in February 2021 is one such example. The glacial burst triggered an avalanche and a deluge in the Rishi Ganga, Dhauli Ganga, and Alaknanda rivers. Such severe impacts can be reduced through structural amendments.

Landslides are common in mountainous regions, including Uttarakhand and Himachal Pradesh. It occurs due to the movement of rock, earth, or debris down a sloped section of land. Water flow is one of the main reasons. Hence, improving the drainage system by adding surface drains, shallow or deep trench drains, and vertical small-diameter boreholes reduces the probability of occurrence.

Structural improvements such as reinforced earth retaining structures (Figure 3) or concrete walls, internal slope reinforcement through rock bolts and soil nailing, anchors, micro-piles and anchored piles or grouting and jetting, and modification of slope geometry by reducing the general slope angle and trimming of loose surface material can reduce the occurrence of the hazard.

About 39 percent of the global disaster occurrences constitute flood events. India has been witnessing a constant surge in the frequency and intensity of floods due to short-duration and high-intensity rainfall events. The severity and increasing frequency of such flood events make the population and infrastructure highly susceptible to this peril.

At times, flood/avalanche results in excessive debris flow, which pose a threat to the dams. This threat can be managed by building a series of concrete dams, lateral dams or dikes along with stream bed, and emergency spillway structure as depicted in Figure 5.

This category focuses more on structural supports or retrofitting infrastructure that improves a structure’s performance/sustenance against a hazard intensity.

Cyclonic winds with speed higher than 160 kmph creates a lot of load on infrastructure elements resulting in damage. A few structural improvisations can reduce a structure’s susceptibility to such hazards.

For instance, in towers, masts and stacks face significant vibrations due to wind load. The use of tendons can control this (Figure 6). Similarly, in the case of long suspension bridges, horizontal and vertical stiffeners and active and passive dampers (Figure 7) connected to the hangers can be used to reduce vibrations.

Resilient infrastructure is a prerequisite for sustainable development. Hence, such structural improvisations can be implemented to avert vulnerabilities towards any peril.