Are Drones the Future of Indian Agriculture? 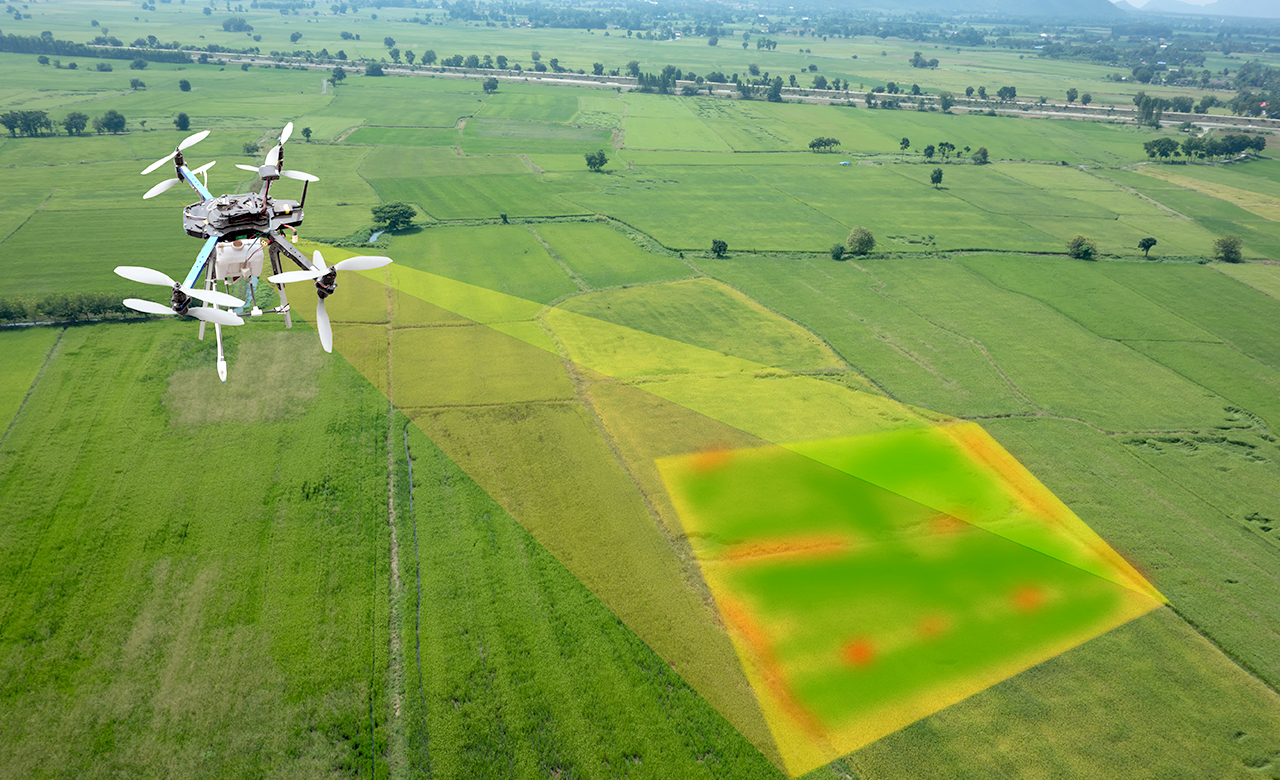 Global spending on smart, connected agricultural systems and technologies is expected to triple by 2025, reaching $15.3 billion.

India is an agrarian economy and a big contributor to the livelihood and GDP of the country. However, regardless of its contribution to the GDP, Indian agriculture faces several structural challenges such as fragmented land holdings, manual monitoring of crops, excessive use of pesticides and a low level of mechanisation. It calls for adoption of new innovative technologies which have the capability to increase agricultural productivity and yield. One such innovation which has recently come into limelight is drones.

Until few years ago, UAVs (Unmanned Aerial Vehicle) such as drones were not considered to be used in a field like agriculture, but now they are used globally and provide real-time data for algorithms, helping increase agricultural efficiencies, improve crop yields and reduce food production costs. 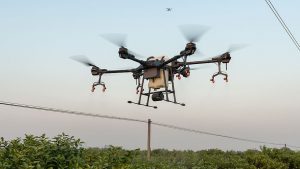 Drones are Remotely Piloted Aircrafts Systems (RPAS) or small-sized Unmanned Aerial Vehicles (UAV) capable of carrying out airborne tasks either autonomously (through automated flight planning features and GPS integration), or human control. The usage of drones was initially restricted for military use, however, the Government of India (GoI) recognised the benefits of using them in various other sectors such as agriculture, mining, infrastructure, geo-sensing etc. and came out with first set of rules for civilian use of drones in 2018. The agriculture community in India has since seen potential usage of drones which counters the limitations of conventional agricultural practices such as over-application of fertilisers, assessment of crops etc.

Drones are classified into 5 categories basis maximum weight (including payload) as per Indian Government: 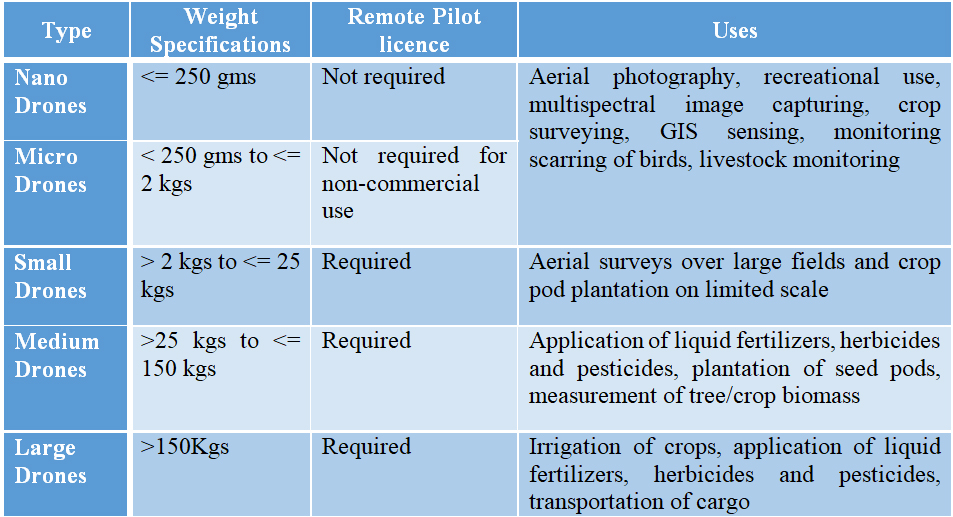 Let’s see how Drones are used in Indian Agriculture today 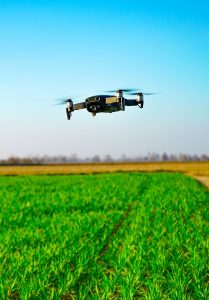 In-spite of the potential usage of drones, their adoption has been limited due to the challenges being faced by stakeholders:

Drone ecosystem in India is still in a nascent stage with a lot of start-ups focusing on bringing innovation to the sector. In March 2021, the GoI came out with Unmanned Aircraft Systems Rules which were perceived as restrictive because they involved numerous clearances for every drone flight with very free to fly or green zones (airspaces in designated areas up-to a vertical distance of 400 feet or 120 meter which do not require permission for operating drones). Consequently, on 25th August 2021 the Indian Government notified more liberalised set of rules for Drone usage highlighting that ‘India has the potential to become a global drone hub by 2030’.

The new rules considerably bring down the fees for pilot license and the number of authorisation required for flying drones. It is expected that the implementation of new rules along with designation of major agricultural areas as green zones would further increase the adoption of drones in Indian agriculture.