Extreme Weather Events and Pathways for a Climate Resilient India 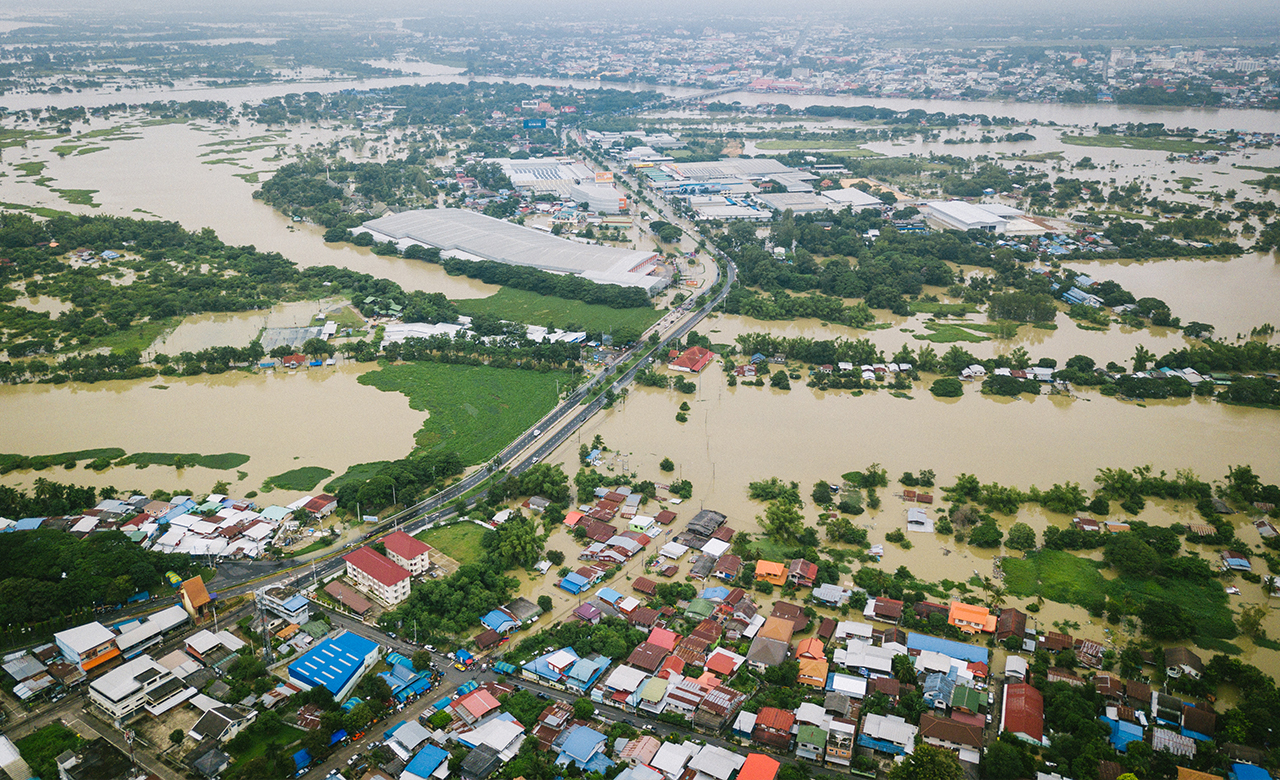 This year has been a climatic roller-coaster for India. Over the first seven months of this year, India has been hit by two cyclones, a glacier collapse in the Himalayas, a sweltering heat wave, and deadly floods.

There was a time when these disparities were faulted solely on nature’s vagaries. However, science now shows us that human-induced climate change plays a large part in these disparities. Global climate change, caused by pollution from industries & other human activities, increased temperatures, and altered rainfall patterns drive severe weather conditions. Although no country is immune to these forces, India is particularly vulnerable. The past decade (2011-2020) was the warmest on record both globally and for India.

Year 2016 has been the warmest ever year India recorded since 1901, while the year 2020 was the eighth warmest (despite the cooling effect of La Nina).

The temperature recorded in 2016 is marginally lower than the average global temperature rise of 1.2oC reported for the year 2020. In addition, the annual rainfall over the country in 2020 was 109% of the Long Period Average (LPA) calculated for the period 1961-2010.

These severe weather events associated with floods and cyclones were responsible for the maximum human casualties in India (about 28% of the mortalities by cyclones in the past 50 years is second only to floods which accounted for maximum mortality of 46%) added to the economic losses. 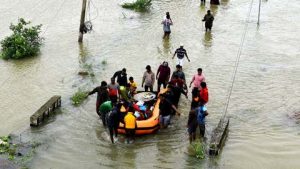 Rains and Floods in India

The major flood-prone regions in India are in the Gangetic plains, including Uttar Pradesh, North Bihar (most flood-prone state during monsoon season, on a recurring basis every year), and West Bengal, the Brahmaputra valley, coastal Andhra Pradesh & Orissa, and southern Gujarat. Some south Bihar districts have also become vulnerable to floods like Son, Punpun, and Phalgu. 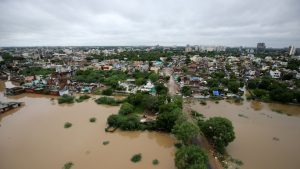 Why are Flash Floods Happening?

Recent trends indicate that flash floods that begin within 6 hours, and often within 3 hours of the high-intensity monsoon season, are most often due to extremely heavy rainfall from thunderstorms. These cloud bursts are identified as disastrous weather events in which, heavy rainfall occurs over a localized area at a rate of the order of 100mm per hour.

The cloud bursts in India occur during the monsoon season over orographically dominant regions like the Himalayan region, North-Eastern states, and the Western Ghats (in association with the strong monsoon circulation or interaction of monsoon circulation with the mid-latitude westerly system). The associated convective cloud can extend up to and beyond a height of 15 km above the ground.

At least 180 people were killed in landslides and flooding triggered by the heaviest rain spell during July in two districts of Maharashtra this year. A cloud burst and incessant rain in the Kishtwar district within the upper reaches of Jammu on the intervening night of 27-28 July 2021 inundated villages and washed away several houses apart from the loss of lives. In the Union Territory of Ladakh, cloud bursts hit two villages in Kargil district on 28th July and flash floods forced Kargil-Zanskar road to close (Ladakh UT is not known to be frequently affected by cloud burst phenomena)

These occurrences of intense rains in recent times may be associated with mesoscale cloud bursts and structural changes in monsoon clouds due to an increasing trend in the air temperatures over India, over the past 30 years. Satellite observations strongly indicate that from March to September, the Indian Ocean and the Arabian Sea are warming more rapidly than the Bay of Bengal in the past decade. As regional climate change continues into the future, these extreme rainfall events are going to be more frequent. This changing behavior and impacts of extreme rainfall during the monsoon season would need to be better understood for designing an effective flood protection infrastructure in India.

Heatwaves, thunderstorms, and lightning have also caused more deaths in recent years (particularly in coastal states like Odisha and Andhra Pradesh) and require immediate attention. The year 2019 featured 73 heatwave spells, an abnormally high number (based on the average from 1986-2016) compared to a normal 17 (based on the average over the past 30 years). 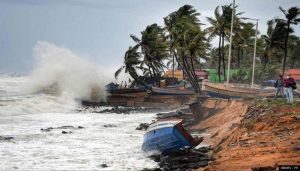 Additionally, ocean temperatures are becoming increasingly important because the ocean absorbs much of the additional heat emitted by greenhouse gases in the atmosphere Due to higher sea surface temperatures, the time needed for intensifying cyclones and maintaining stronger wind speeds is shorter (the total lifespan of the ‘Fani’ cyclone in the Bay of Bengal in 2019 was twice as long as the climatological lifetime).

Both the Arabian Sea and the Bay of Bengal reported five cyclones in the year 2020 – Amphan, Nisarga, Gati, Nivar, and Burevi

An extremely severe cyclone ‘Tauktae’ in May this year (2021) affected more than half of India and badly hit all states on India’s west coast during its northward journey. The five states most affected were Kerala, Karnataka, Goa, Maharashtra, and Gujarat along with two Union Territories, Lakshadweep and Daman & Diu. Its remnants caused rainfall up to Delhi, Bihar, and Nepal. Its clouds have even advanced into China. This cyclone killed more than the toll from any single cyclone from the Arabian Sea over the last decade.

The 6th scientific assessment of the Intergovernmental Panel on Climate Change (IPCC) strongly suggests the frequency and duration of heatwaves and short-duration very high-intensity rainfall events would become more frequent in South Asia in the years to come. 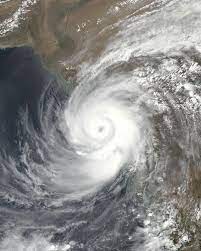 Despite the need to understand sub-daily rainfall from a scientific and impact perspective, a consistent picture of how extreme rainfall patterns might change in a future climate, is lacking. It is still hard to get quality-controlled global rainfall data at sub-daily time scales, and few modeling studies can resolve the physical processes that cause sub-daily extremes.

The issue remains whether extreme sub-daily rainfall has intensified – and will continue to intensify—as a result of climate change. Since scientists now understand the link between greenhouse gas emissions and atmospheric temperature changes, we need to review theoretical and empirical perspectives on how rainfall intensity is related to atmospheric temperature.

Strengthening resilience and adaptive capacity to climate-related hazards and natural disasters in India, requires a detailed climate-induced risk & vulnerability profile of each state on a decadal basis and scaling up climate-resilient infrastructure in collaboration with the ‘Coalition for Disaster Resilient Infrastructure (CDRI)’. Several vulnerable states have already proactively undertaken risk and resilience assessments for the surface transport, power, and drinking water sectors. By understanding how and why extreme weather events are changing, we will be able to better predict and project future weather & climatic states, which is crucial for governments and businesses. An early weather warning and awareness can save lives, but only robust climate predictions can enable policymakers to plan risk mitigation infrastructure, optimize land use, and better ensure vulnerable populations.