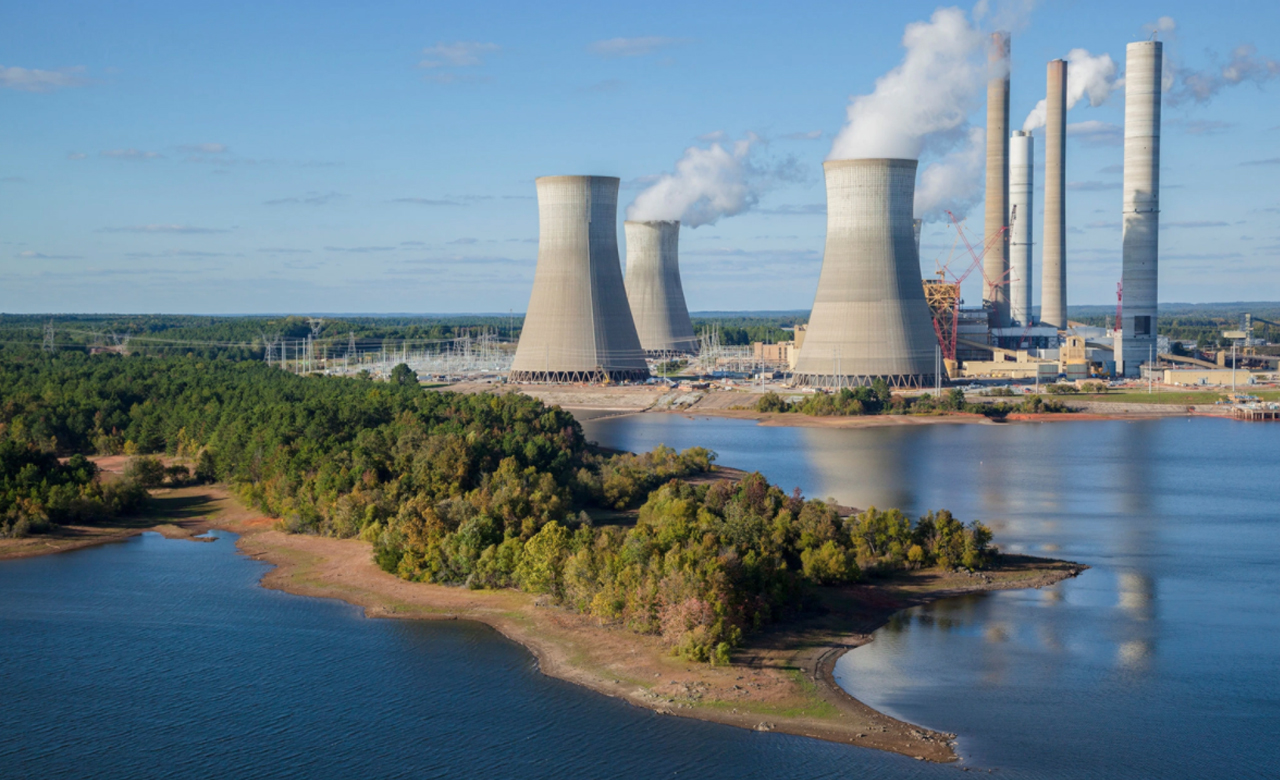 Reducing global methane emissions, a powerful greenhouse gas, is the fastest opportunity to slow down the rate of global warming and win the fight against climate change.

Methane gas (CH4) accounts for 16% of greenhouse gases and is responsible for more than a quarter of global warming. Landfills, agriculture, and the energy sector are significant sources of methane. Methane has a 24 times greater greenhouse effect than carbon dioxide, as it absorbs much more energy in the atmosphere. While methane tends to receive less attention than CO2 until recently, reducing methane emissions will give a much faster reduction in global warming than the same amount of reduction in Co2.

In addition to the Glasgow Declaration and the parties’ individual “Nationally-Determined Commitments” (NDCs) to limit emissions in COP 26 (as agreed under the Paris Agreement), more than 100 countries signed a “first-of-its-kind pledge” to cut emissions of methane by 30% by 2030, in combating climate change. The signatories represent 70% of the global economy, including six of the world’s top 10 methane polluters. To achieve the global climate goals, reducing the methane emissions from oil and gas operations is among the most cost-effective and impactful actions governments can take.

Nations cannot overlook the importance of this breakthrough of methane emission reduction during COP 26.

A significant concern is that several methane polluting countries – including Turkmenistan and Russia – haven’t signed the pledge. Similarly, the commitment is voluntary and lacks enforcement mechanisms, as is the Paris Agreement. Therefore, its success will depend on countries holding themselves (and each other) accountable.

Why is Methane Emission a Climatic Concern?

The current speed at which our planet is warming is disruptive. It is not just raising the temperatures, but crop growing seasons and weather patterns will change drastically, interrupting our traditional ways of life, including how we produce our food.

Unlike carbon dioxide, methane only lasts for 12 years in the atmosphere but traps heat 80 times more effectively than carbon dioxide; therefore, even a tiny amount of it can significantly impact the climate.

The United Nations has called for a 45% reduction in methane emissions below a 2030 business-as-usual baseline. This aggressive cut would avoid nearly 0.3°C of global warming by the 2040s while improving human health and agricultural yields through reduced ground-level ozone.

Perhaps methane emissions reduction is the resolution to reduce the rapid increase in warming condition and contribute significantly to global efforts to limit temperature rise to 1.5°C.”

Wetlands: The world’s wetlands contribute about three-quarters (75%) of the enduring natural sources of methane. These are characterized by water-logged soils and distinctive communities of plant and animal species and are the dominant source of atmospheric methane globally.

Past estimates have suggested that about 2.5% of human-induced climate warming can be attributed to rice farming which contributes to 10%-12% of total methane global emissions, mainly due to its anaerobic decomposition during its production processes. The flooded rice fields in waterlogged soil are a perfect breeding ground for methanogens, the microbes that produce methane gas. Methane emission from wetland rice cultivation is expected to increase due to the likely intensification of rice cultivation in the coming decades.

Globally, more than 70 billion animals (cattle, buffaloes, sheep, goats, pigs, horses, mules, ass, duck, chicken, camel, and alpaca) are raised annually for human consumption, accounting for the majority of agricultural production emissions. Cow burps and manure are the most significant single source of methane emission. Enteric fermentation (fermenting acetate and H2-CO2 in soils into methane and carbon dioxide) — a natural digestive process in cattle, sheep, and goats—accounts for about 40% of agricultural production emissions in the past 20 years (primarily methane, mostly from cattle digesting grass, and both methane and nitrous oxide from manure management).

In India, the significant contribution to methane emission by livestock during the past few decades is buffalo, followed by cattle, swine, goat, sheep, and other species. Buffalo shared about half (50.8%) and cattle 39.6% of the total manure methane emission. Interestingly, only marginal changes in the headcount of this livestock have taken place in India during the past one and a half-decade (Figure 3).

Fossil Fuels: The next anthropogenic contributor is the energy sector, including coal, oil, natural gas (most of it is methane), and biofuels (Figure 2). Quantitatively, the energy sector is responsible for 25% to 30% of anthropogenic methane emissions, including coal, oil, natural gas, and biofuels. The oil and gas sector emitted around 70 Mt of methane (approximately 2.1 Gt CO2-eq) in 2020 – over 5% of global energy-related greenhouse gas emissions.

The natural gas demand is expected to grow worldwide in the coming decades in contrast to coal and oil, which would drop globally by almost 60% and 30%, respectively, by 2040.

Methane routinely leaks out from oil and gas wells, pipelines, and processing facilities into the atmosphere, exacerbating climate change. It is also emitted in the extraction industries such as oil and natural gas development and industrial processes when natural gas is flared or vented out (intentional releases; Figure 4). It is also released in small leaks, called fugitive emissions, from faulty valves and drilling equipment (unintentional releases) used in drilling and production.

Currently, fossil fuel operations generate nearly one-third of all methane emissions from human activity. Therefore, action on methane is one of the most effective steps the energy sector can take to mitigate climate change.

How can these Emissions be identified?

Unfortunately, methane releases and leaks are often intermittent and easy to miss, and ground-based sensors are not very effective in detecting leaks in local areas. Drone and airplane surveys are time-consuming and costly, and most of the world is inaccessible by air. Due to this uncertainty – about the magnitude of emissions, emissions sources, and variability, including lack of reliable data on leaks, effective methane regulation is one of the biggest hurdles.

A methane-hunting satellite with multiple sensors can sniff out the emissions, track them to their sources with the powerful new imaging technology and estimate atmospheric concentration across geographic areas. For example, the satellite GHGSat covers a smaller area each day but provides excellent spatial resolution (around 50 m by 50 m). And the satellite Sentinel 5P (Precursor), part of the European Space Agency (ESA) Copernicus program, provides readings of methane concentration across areas of 5 km by 7.5 km, covering the world average every four days. The coverage and accuracy of these readings will advance with time, especially with the envisaged launches of the Environmental Defense Fund’s MethaneSat, ESA’s Sentinel 5, and additional satellites from GHGSat.

Once the location and the source of emission are identified, approaches have to be applied to reduce the emission. Recent studies suggest that high rates of anaerobic (no oxygen) methane oxidation in freshwater wetlands can substantially reduce atmospheric emissions of methane.

Oil and natural gas operations can avoid 45% of current methane emissions with no net cost measures, considering average natural gas prices from 2017 to 2021. Policymakers have well-established policy tools already been demonstrated in multiple contexts to drive these emission reductions, for instance, Leak Detection and Repair (LDAR) requirements, staple technology standards, and a ban on non-emergency flaring and venting. Methane leaks are not an inevitable part of today’s oil and gas business and can be reduced cost-effectively.

What are some changes that industries can make?

Reducing greenhouse gas emissions is essential to achieve net-zero emissions by the middle of the century or earlier to resolve the climate crisis.

To keep warming to 1.5°C, the limit scientists assert is necessary for preventing some of the worst impacts of climate change. Significant changes in technology, policies, and farming practices would be required to reduce agricultural production emissions (mainly nitrous oxide from synthetic nitrogen fertilizer use and production, and carbon dioxide, both from energy used to produce fertilizer and other chemicals and from generating electricity for farm use) by 40% between 2016 and 2050 and increase carbon removal from the atmosphere with vast amounts of reforestation.

Methane emissions from dairy and other livestock populations could be reduced substantially through proper dairy herd management without compromising animal production.

According to IEA estimates, the methane emissions from the energy section will need to fall more than 70% from 2020 to around 20 Mt per year by 2030. Preventing Methane leaks from abandoned oil and gas wells and cleaning up the coal mines should be a priority. The challenge of methane emissions from oil and gas in tackling the significant leaks would also require key oil companies to pursue and maintain high operational standards and policymakers to put well-designed technical support and policy regulations in place.

An innovative national action plan would let polluters pay for their methane emissions and offer oil and gas companies to help clean up their act.

A more realistic goal is to raise awareness about the impact of methane leaks to develop effective policies. We must put methane at the forefront of climate action this decade. The crisis will alter the world around us profoundly, but with a bit of hope that the urgent efforts will at least buy out a little time from the onslaught of the climate crisis.