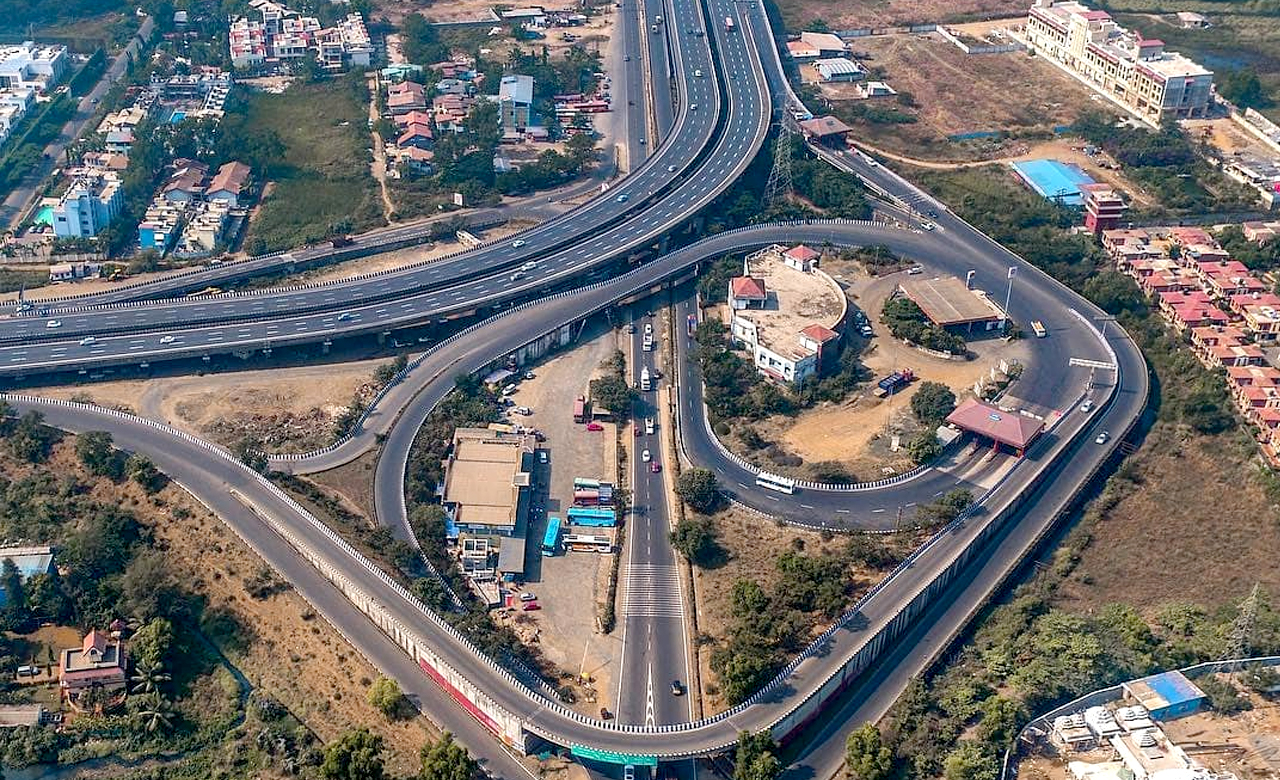 OpenStreetMap (OSM) is a community sourced and largest volunteered Geographic Information platform in the world. OSM is characterized by its dynamic map and the active community of the millions of mappers. These maps are available free of cost and are constantly improving each day.

Map Intelligence with OpenStreetMap (OSM):
There are various online mapping platforms that provide mapping services across the globe, and one such popular open-source platform is OSM, a free and openly editable map of the world. OSM is a web-based public platform that collects data describing the position of roads, rivers, towns, point of interests, etc. used to create maps.

While working on a national mapping project to improve road coverage in India, RMSI witnessed major road networks that needs up gradation and modification on OpenStreetMap (OSM).

Hence, RMSI initiated work towards enhancement and upgradation of High Priority Road (HPR) network in OSM data across the country (India) with the help of latest available imagery.

At RMSI, we are committed to addressing global issues of human habitation, security & safety connected with food, calamities, use of natural resources. While assessing solutions to the above major road challenges, our mapping experts noticed that a lot of priority roads didn’t even exist on most of the maps and there is a need to create and modify the road network as per updated imageries in OSM.

We believe strongly that the solution to most problems starts with getting the right data.

In our previous two blogs, Spreading Awareness About Mapping on OSM, a Free and Openly Editable Map of the World we highlighted about a workshop conducted by RMSI on OSM (OpenStreetMap)awareness and Enhancing India’s Health Facility Database in OpenStreetMap. Our latest blog focuses on RMSI’s expertise and knowledge implementation of the existing High Priority Road (HPR) Network in India.

Any road, route, way, or thoroughfare on land connecting one location to another, paved or otherwise, improved to allow travel by some conveyance is a highway in OSM. Having based on the real-time features, these highways are classified under different categories, considering their importance in road navigation. 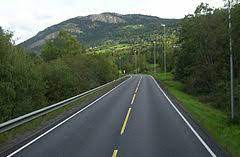 High Priority Roads (HPR) are the highest tier of road classification which establishes connectivity from one city to another city or a state to another, accessed by majority of people and thus, form a logical road network connectivity across the country.

Indian High Priority Roads are categorized into four different types, such as:

What are the major challenges in existing High Priority Road (HPR) Network in India?

To resolve the key challenges in the existing HPR data, RMSI is working on enhancement of High Priority Roads (HPR) across the nation. We evaluate HPRs such as National Highways and State Highways, from connectivity point to view after tracing tasks for a specific area or location.

Majority of traffic flow is on high priority roads (HPR) due to trade, inter transportation, etc. Therefore, the significance of OSM data in routing applications is growing significantly past few years, due to freely available and real-time data updates.

If a road is not physically connected within the road network data, it impacts the correct routing for the passenger. Hence, by improving the HPR’s, RMSI is providing effective maps to the users and ease the navigation process.

A route or a variant belongs to a master road including directions, variant routes and additional information on that route. In OSM, with the help of particular route types we  enhance the navigation accuracy.

Route consistency will impact on: 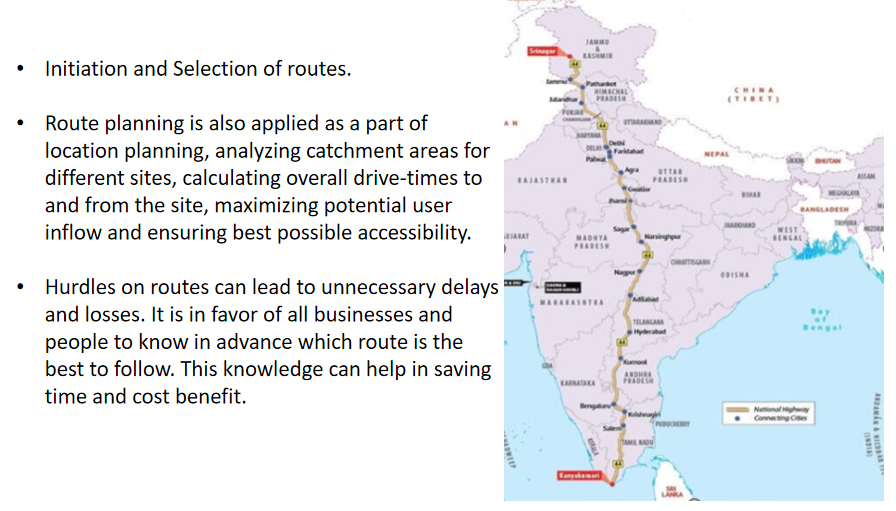 How RMSI is Enhancing High Priority Road (HPR) Network on OSM in India?

RMSI improved the workflow of HPR Network with various resources in reference with the latest and updated imagery. Secondary resources such as Mapillary and Probes were used as the primary tool for editing the HPR’s. We also used Aerial Imagery, Public GPX & GPS traces, OSM Country wiki, and Country Reference Values.

1. Roundabout Up gradation: In India’s OSM data, majority of roundabouts’ information needs to be upgraded according to the latest imagery data.

RMSI worked on upgrading the latest roundabout data which was missing in the existing HPR network that helps in achieving consistency of the route data.

2. Data Contributions: RMSI contributed around 29% of new roundabouts across the country in addition to the existing roundabout modifications. 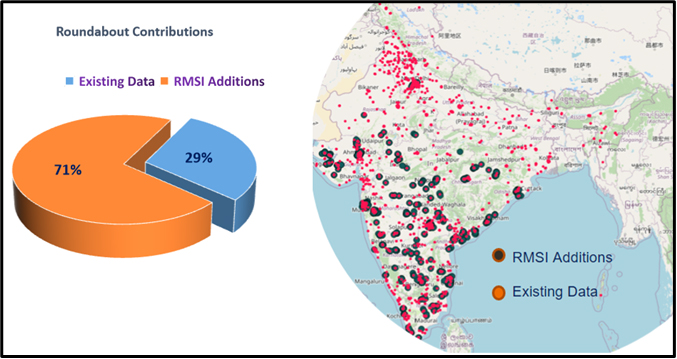 In the image below, where existing HPR roads are not updated as per the latest image, we upgraded the junction and added missing dual carriage ways.

Various geometry edits that were done as part of the process:

4. Existing Data Corrections: There were additional roads that were present in the existing data but not built physically on grounds. RMSI worked towards updation of the accurate road data as per the latest resource imagery. 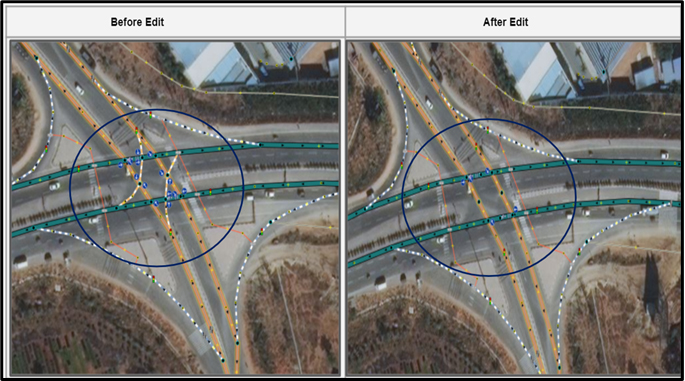 In the existing HPR data, classification hierarchy is followed while modeling the data, therefore, we upgraded the road classification as per the OSM guidelines.

Addition to the necessary geometry improvements and classification changes, RMSI improved features for consistent road navigation with the following below:

Use Case of Reference & Relation Enhancements 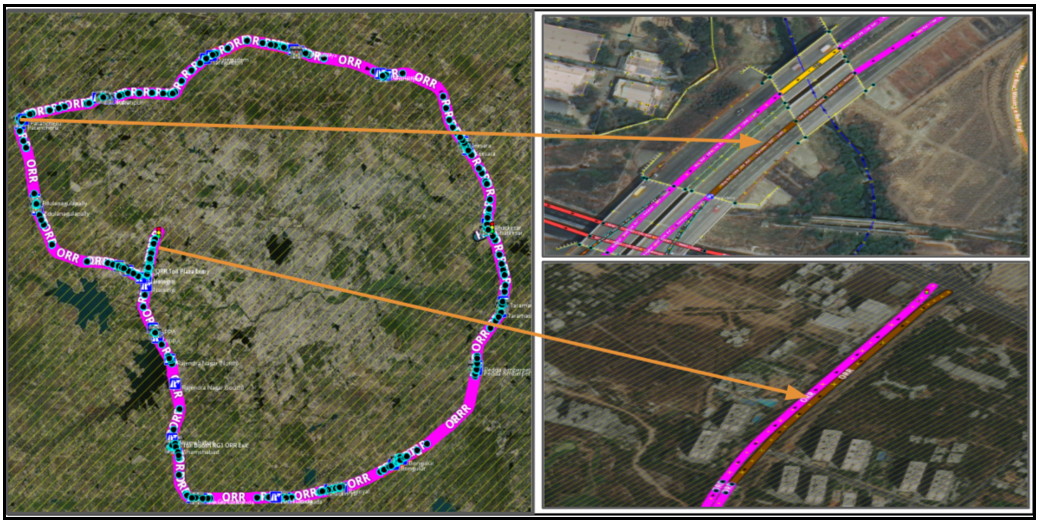 Since consistency plays a major role in terms of HPR Network, we check for data vandalism and ensure data is consistent and updated in terms of geometry connectivity along with ref and relations. Apart from these we look for construction status of the road networks. Also, in cases where the construction is completed, we remove the existing construction attributes and open the road for access. 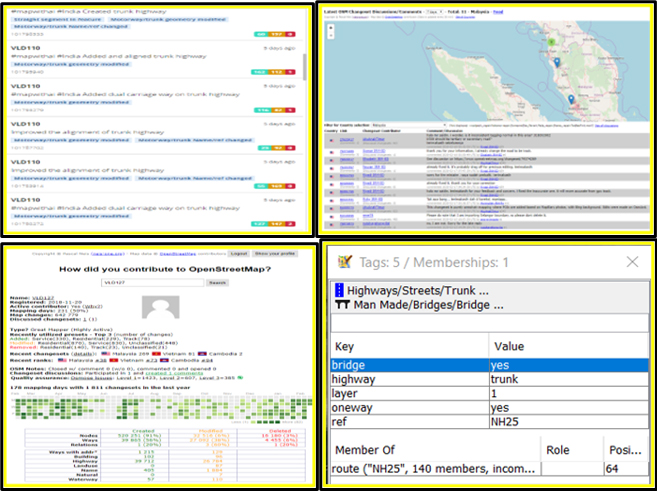 RMSI’s goal is to collaborate with the OpenStreetMap community to create quality high priority road data, validated by trained mappers and local OSM communities in India.

Hurdles on routes can lead to unnecessary delays and losses, therefore, our team constantly works to improve & create an accurate route network across the country. Core to the above goal, is also ensuring that High Priority Road data is easily accessible to everyone using OpenStreetMap (OSM).